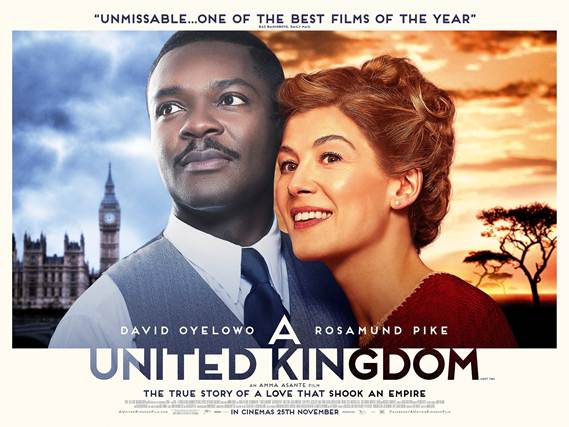 The irresistible love story of the year – Amma Asante’s A UNITED KINGDOM – arrives in the UK on Blu-ray™, DVD and Digital HD through Twentieth Century Fox and Pathé on 20 March 2017. To celebrate, we’re giving away a copy of the DVD!

The film tells the true story of Seretse Khama, King of Bechuanaland (modern Botswana), and Ruth Williams, the London office worker he married in 1948 in the face of fierce opposition from their families and the British and South African governments.

A UNITED KINGDOM is directed by Amma Asante (Belle) from a screenplay by Guy Hibbert (Eye in the Sky), based on the book Colour Bar by Susan Williams.

To be in with the chance of winning just answer this question:

True or False? ‘A UNITED KINGDOM’ is the third film Amma Asante has directed?

Winners name, e-mail address and address will be passed to a third party provider for contact and prize delivery

A UNITED KINGDOM is available on Blu-ray™, DVD and Digital HD from 20 March 2017.

Actor Tom Stourton & co-writer Tom Palmer talk about All My...