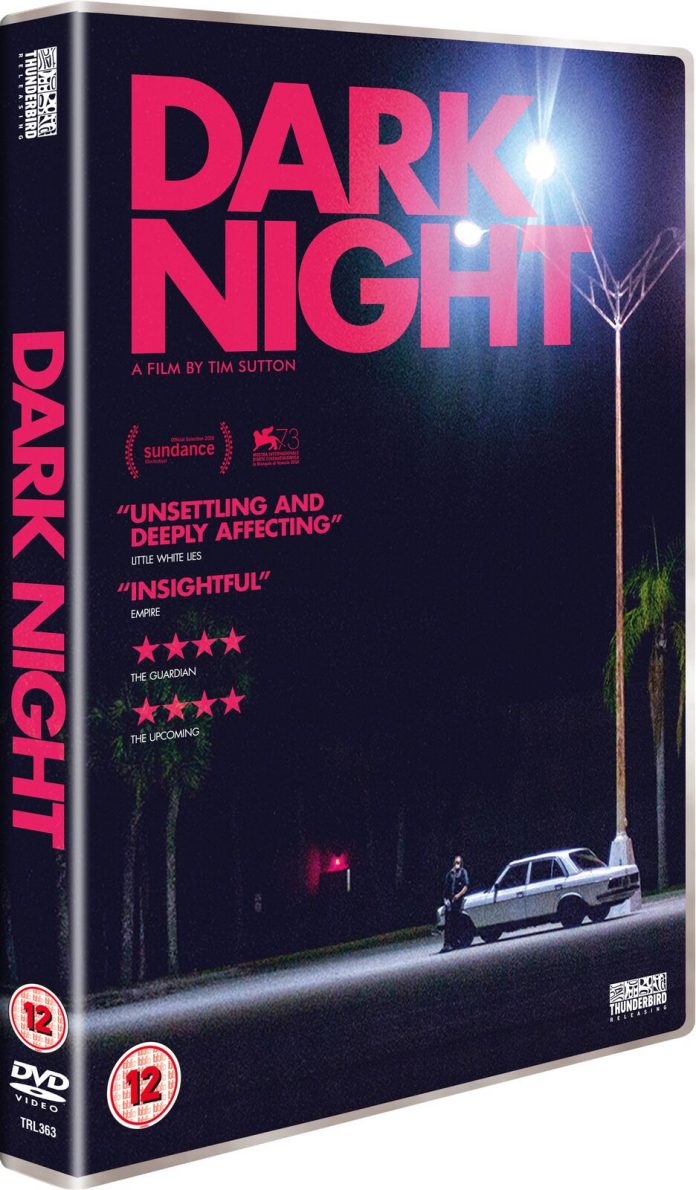 In July 2008 on the opening night of Christopher Nolan’s, ‘The Dark Knight’ at a cinema in Colorado,  James Eagan Holmes, kitted up in military gear with a face painted like the Joker, had rigged his apartment with explosives before walking into the first nights screening of the film, let off smoke bombs and started shooting the audience, 12 of whom died and 70 were seriously injured. It was the worst massacre since Columbine High School.

Loosely based on real-life events that took place in 2012 during a midnight film screening, the latest feature from writer-director Tim Sutton is a harrowing retelling of a fateful day told in an intense visual style that grips you from start to finish. Set in a modern-day suburban landscape, the film examines a violent incident that’s all-too-recognisable in contemporary America. Over the course of the day, from sunrise to midnight, six strangers – a shooter among them – share in the new American nightmare as events build to a devastating Cineplex massacre.

Apart from The Joker who was the other villain in The Dark Knight?

Terminator 7 news – will be back?