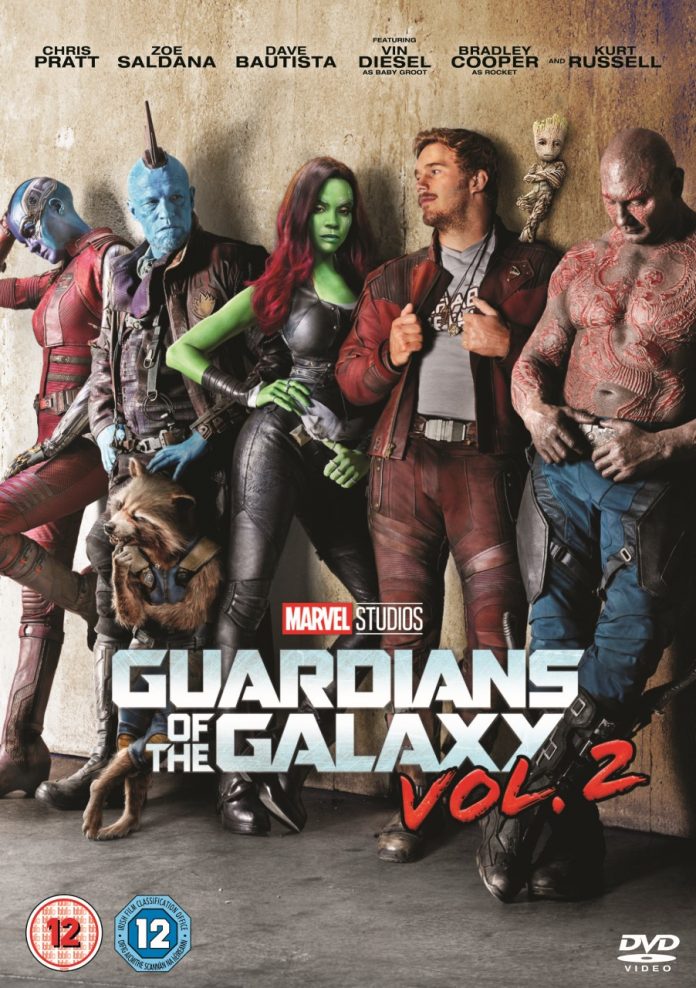 Currently running as the fourth biggest grossing film this year Guardians of the Galaxy Vol2 was much anticipated by everyone and marks the Studios first in-home title to release in stunning 4K Ultra HD format, providing consumers with the ultimate home entertainment experience with next-generation high dynamic range (HDR) visuals and Dolby Atmos immersive audio. 4K Ultra HD provides four times sharper resolution of HD with exceptional HDR which produces brighter brights, deeper blacks and richer colours than ever before. The galaxy has never looked so good!

Set to the all-new sonic backdrop of Awesome Mixtape #2, the film’s storyline continues the team’s adventures as they traverse the outer reaches of the cosmos. The Guardians (Chris Pratt as Peter Quill/Star-Lord, Zoe Saldana as Gamora, Dave Bautista as Drax, Vin Diesel as the voice of Groot, and Bradley Cooper as Rocket) must fight to keep their newfound family together as they unravel the mystery of Peter Quill’s true parentage. Old foes become new allies and fan-favourite characters from the classic comics will come to our heroes’ aid as the Marvel Cinematic Universe continues to expand.

Here’s your chance to win a copy of the film just by answering the following question.

In ‘Guardians of the Galaxy’ Chris Pratt plays the role of Peter Quill but what other name in the film is he known by?