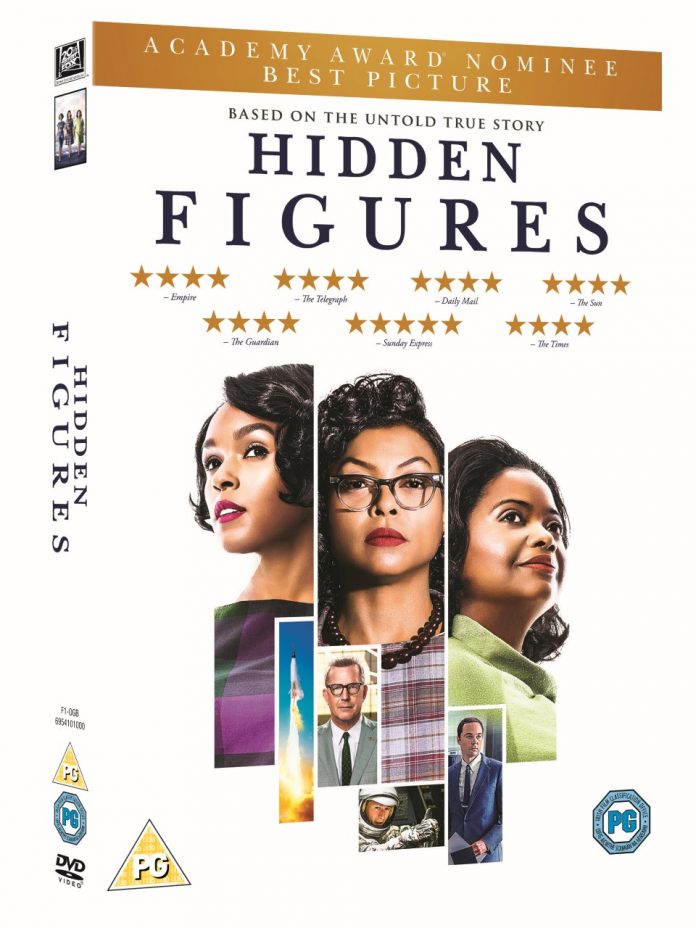 We’ve has some great true life stories so far this year and Hidden Figures is one of the best.

HIDDEN FIGURES uncovers the incredible, untold yet true story of a brilliant group of women who changed the foundations of the United States for the better.  The film recounts the vital history of an elite team of black female mathematicians at NASA who helped win the all-out space race against America’s rivals in the Soviet Union and, at the same time, sent the quest for equal rights and opportunity rocketing forwards.

HIDDEN FIGURES is directed by Theodore Melfi (St. Vincent) and stars Oscar®-nominee Taraji P. Henson (Empire, Benjamin Button, Hustle And Flow) as Katherine Johnson, a mathematician, physicist and space scientist and one of the brightest minds of her generation. Academy Award® winner Octavia Spencer (Allegiant, Fruitvale Station, The Help) plays Dorothy Vaughan, who was a schoolteacher before joining NASA’s Langley Research Center as a computer in the 1940s. After being promoted to a management position, she became NASA’s first black supervisor. Grammy-nominated singer-songwriter, performer and producer Janelle Monáe (Moonlight) appears in her motion picture debut as Mary Jackson, a gifted mathematician, who started her NASA career as a computer. Jackson went on to become NASA’s first black female aerospace engineer and is thought to be the first black female engineer in the United States.

We spoke briefly with Janelle Monáe, Oscar Nominee Taraj P Henson and Oscar winner Octavia Spencer about their roles in the film…….

Q: The film tells the story of three African American women who were the brains behind NASA. How much of their story did you know before you started filming the movie and what surprised you the most?

Henson: Nothing and that’s what surprised me. I was upset, because as a young girl I was told that math and science wasn’t for girls, so here I found out that someone lied to me. It became my mission in doing this film, because other girls have to know.

Spencer: They were part of a team that saw something greater than themselves. It was about the security of our country and that’s why they were in the space race. Because of these women’s contributions, we were able to be successful in bringing our astronauts to and from space safely.

Q: How were your math skills in high school?

Henson: In high school it was fine, but in college there was a moment in my life where I thought I couldn’t act, so I decided to take up electrical engineering. That’s when I found out that acting was really what I was supposed to be doing! I needed that detour.

Q: Who are the women who have inspired your lives and who you’d like to celebrate?

Spencer: Harriet Tubman, let’s just be clear, for me freedom is never free.

Monae: There are so many women that I could name and they all taught me very specific and different things. Mentioning grandmothers, my grandmother was a shear-cropper in Aberdeen, Mississippi so she came from nothing, but she turned her life into something. She made a lasting impact on my life and she taught me the importance of working hard and never letting obstacles, like coming from a poor class or people seeing being a woman or being black during that era as an obstacle, and she didn’t allow that to deter her or defeat her mentally and so here I am and I’m a descendant of hers.

Q: The three of you obviously had a very close relationship on-screen, what was it like off-screen?

Henson: They’re divas! I mean, Octavia won the Oscar so she’s just flaunting it! No, no we love each other!

Monae: What you see is genuine. We had a lot of fun.

To win a copy of this great film just answr the following question…….

Who was the first African American actress to win the Best Actress Oscar?