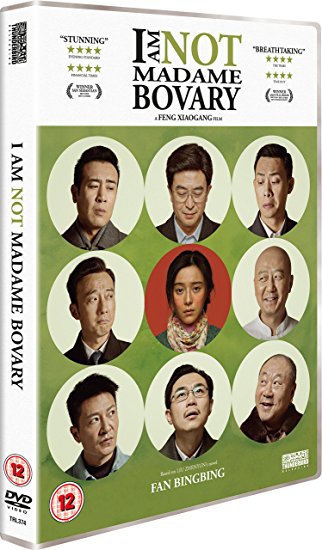 AnyGoodFilms? brings you yet more culture……. Acclaimed director Feng Xiaogang and superstar Fan Bingbing team up for this razor-sharp, intriguing tale of a wronged woman fighting for justice against her duplicitous husband and the government itself.

When Li Xuelian (Fan Bingbing) and her husband Qin Yuhe (Li Zonghan) stage a fake divorce to secure a second apartment reserved by the government for single people, all seems to go to plan.

Six months later, Qin remarries, as agreed… but to a different woman. Furious, Li files a lawsuit with the County Court, but loses the case after the Judge remains convinced the divorce papers are in order. Refusing to accept the court’s findings, Li appeals to the Chief Justice, the County Chief, and even the Mayor, but fails at every turn. She decides that only Qin can give her peace of mind, if he will just acknowledge that the divorce was fake. Instead, he publicly accuses her of being a “promiscuous woman”- an accusation that drives Li back to the courts, and to the capital, to redeem her reputation once and for all…

Shot partly in a circular aspect ratio, mirroring the literati paintings of the Song Dynasty, I AM NOT MADAME BOVARY offers a powerful, compelling and hilarious social satire, which transcends all cultures in uniquely stylish fashion.

This is a compelling film and well worth a look and here’s your chance to win a copy by answering the following question.

The character, Madam Bovary, was created by which author?