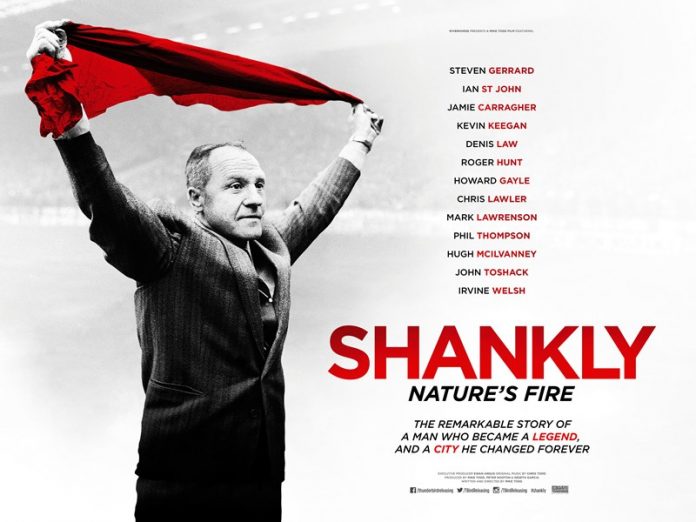 After the recent Arsenal documentary ‘89’ it’s time to turn the spotlight on Liverpool FC with a documentary about perhaps their greatest ever manager, Bill Shankly.

Today, Liverpool seem a shadow of their former selves in terms of title wins but ‘Shankly: Nature’s Fire’ explores the remarkable life and career of Bill Shankly, the legendary Liverpool Football Club manager who came to leave such a legacy in his adopted home city. The film is a nostalgic journey into the origins of the world’s favourite game, and how legends are born and transcend generations. Perhaps no one before or since has personified the spirit of the working class culture that gave birth to the modern game. Shankly’s passion for football was boundless to the point of obsession. To understand who Shankly is, where he came from and the loyalty and passion he inspired, is to understand the spirit of football itself.

This is a superb film and essential viewing for any football fan and we’ve got a copy that you can win just by answering the following question.

Who took over from Bill Shankly as manager of Liverpool FC in 1974?