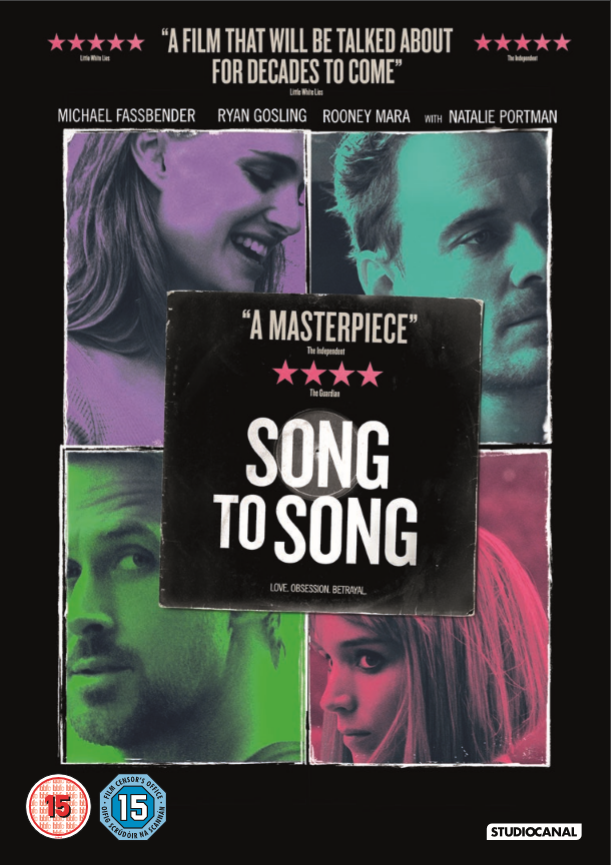 Terrence (yes it is with two R’s) Malick made two seminal films of the seventies , ‘Badlands’ & the beautiful ‘Days of Heaven’. He then decided not to make another film for twenty years until 1998 with The Thin Red Line which every A-lister clamoured to appear in. Since then he’s been banging out films far more frequently and STUDIOCANAL is pleased to announce that his latest is SONG TO SONG – a story of a lyrical love triangle – that will be available on DVD and Digital Download from 25th September 2017. To celebrate, we’re giving away a DVD to two lucky winners!

With cameos from music scene stars including Florence Welch, Iggy Pop and The Red Hot Chilli Peppers and a soundtrack including Bob Dylan and Patti Smith, SONG TO SONG a vibrant and alluring exploration into music, love and the turbulent Texan rock and roll scene.

Check out this clip of Actress Natalie Portman discussing working with Terrence Malick :

To be in with a chance of winning a copy of the film just answer this question:

Which one of these Terrence Malick films does NOT star Natalie Portman?

a) Song to Song

b) The Tree of Life