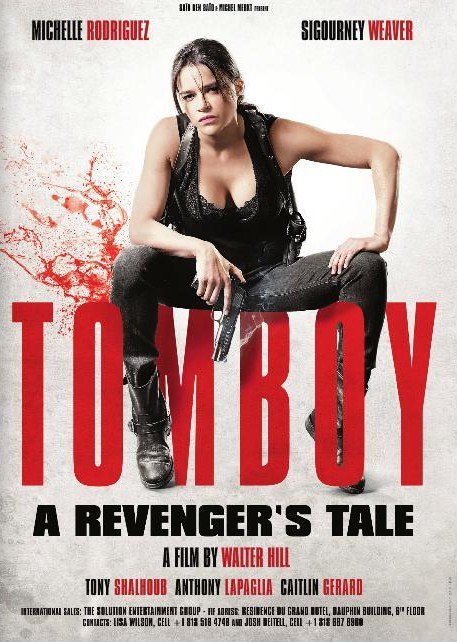 Though not a household name Writer- Director-Producer has been behind some of the finest films of the last 40 years including Alien, Aliens & 48hrs amongst many others and his new film ‘TOMBOY’ has an all-star cast.

Frank Kitchen is an assassin at the top of his game. When he’s double-crossed by a group of ruthless gangsters he falls into the hands of a rogue surgeon, known only as The Doctor, who transforms him into a woman against his will. Aided by a nurse with her own set of secrets, Frank the hitman becomes Tomboy the hit-woman and revenge is the first thing on her mind…….

Starring action cinema’s star du jour Michelle Rodriguez (Furious 7, Machete Kills) as Frank/Tomboy and featuring celluloid royalty in the form of Sigourney Weaver (Alien, Avatar) as The Doctor,TOMBOY is an action adventure you’ll never forget thought quite how Michelle Rodriguez reacted to being offered a role where she used to be a man is unknown!

TOMBOY is a searing return to form for Walter Hill, director of 1980s classics such as Red Heat, and essential for action aficionados everywhere.

You can win a copy of the film by answering the following question: