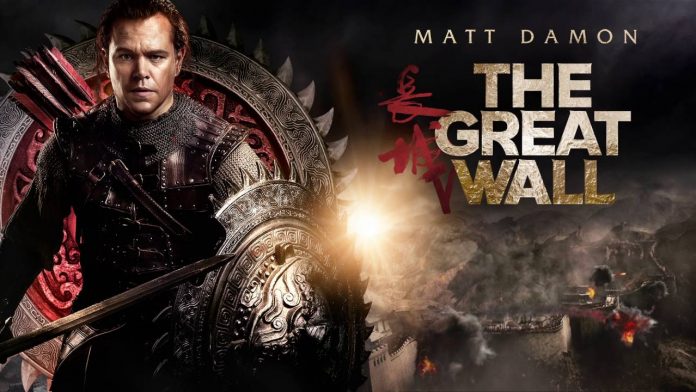 If you liked the battle sequences in the Lord of the Rings trilogy then ‘The Great Wall’ is right up your street with its immense scenes of full on monster vs man carnage.

Starring global superstar Matt Damon and directed by one of the most celebrated visual stylists of our time, Zhang Yimou (Hero, House of Flying Daggers), THE GREAT WALL tells the story of an elite force making a valiant stand for humanity on the world’s most iconic structure. When a mercenary warrior (Damon) is imprisoned within the Great Wall, he discovers the mystery behind one of the greatest wonders of the world. As wave after wave of marauding beasts besiege the massive structure, his quest for fortune turns into a journey toward heroism as he joins a huge army of elite warriors to confront the unimaginable and seemingly unstoppable force.

Where would you find The Great Wall?

a) Between England & Scotland

b) Between North and South Korea