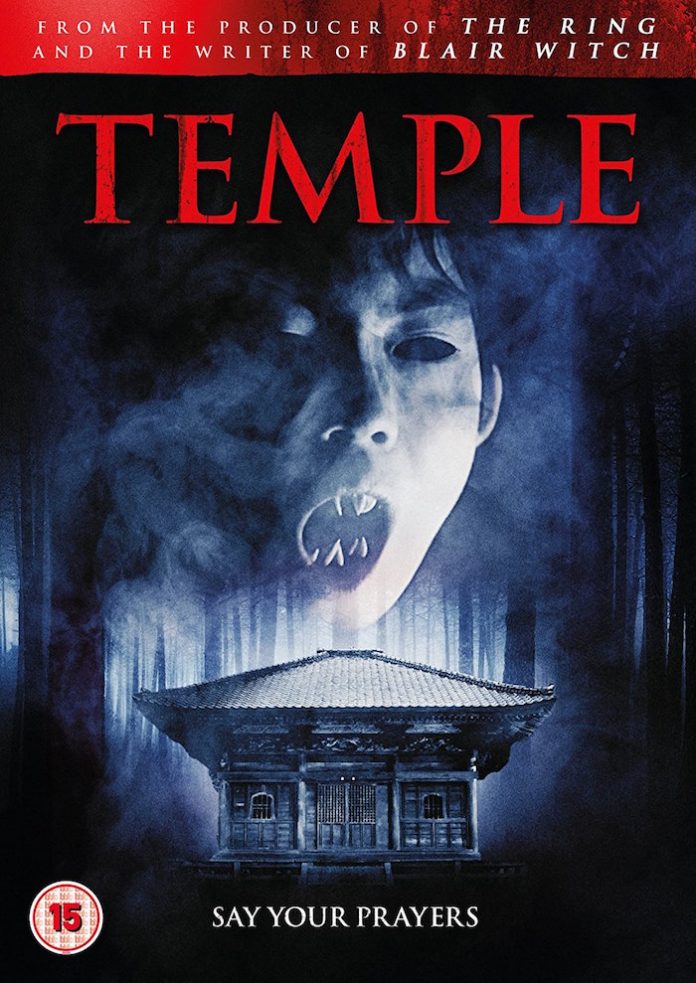 Our Editor never tires of telling us that his body is a temple in which case we can only presume that come each Saturday morning after another big night out at The Nags Head it’s become a dilapidated Presbyterian youth centre……..but we digress because ‘Temple’ is actually the title of the latest from the writer of Blair Witch, The Guest and V/H/S. and is a frightening horror steeped in Japanese folklore.

After locals in a northern Japanese village discover a body horribly disfigured by injuries that make identification impossible, it’s down to them to piece together found footage captured by a group of young Americans who were believed to be lost in a remote temple that’s a focal point of superstition. As they begin to discover the truth, however, the mystery as to the whereabouts of these missing tourists becomes increasingly chilling.

Writer Simon Barrett has written ‘You’re Next’, ‘The Guest’ & ‘Blair Witch’ for which director?