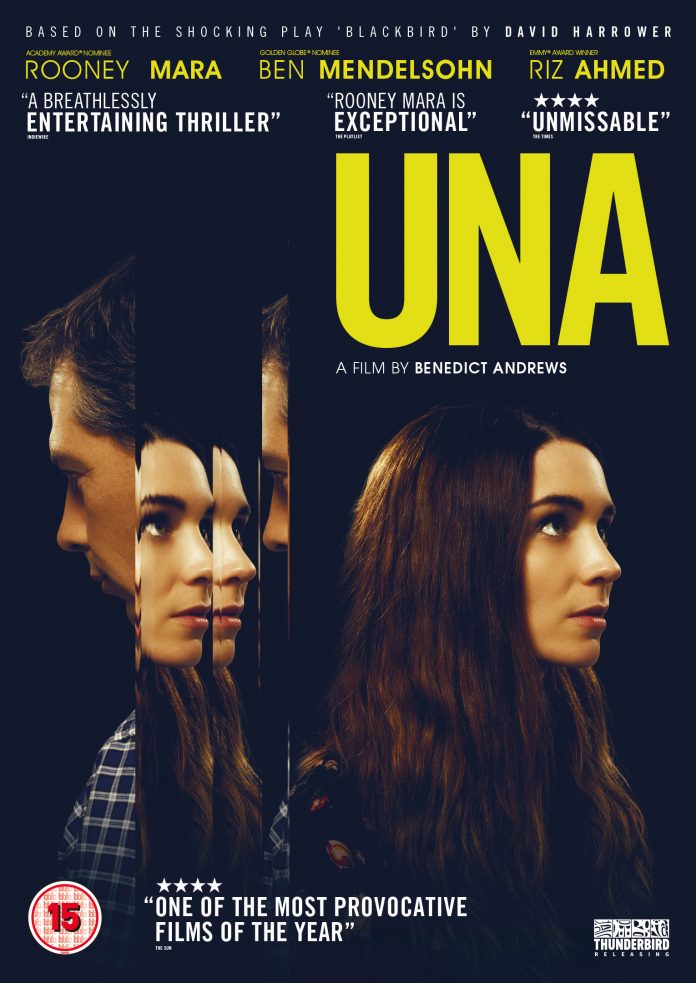 Not as might be thought the story of Mr & Mrs Bomber’s daughter but based on David Harrower’s celebrated, Olivier Award winning play Blackbird, Benedict Andrews’ UNA stars the Oscar-nominated Rooney Mara and Emmy-nominated Ben Mendelsohn (Animal Kingdom, Starred Up, Rogue One: A Star Wars Story), following a young woman’s journey to reclaim her past.

Fifteen years earlier, teenage Una (Mara) ran away with an older man, Ray (Mendelsohn), a crime for which he was arrested and imprisoned. When she comes across a photo of him in a trade magazine, Una tracks him down to his workplace, and her abrupt arrival threatens to destroy Ray’s new life, while derailing her precarious stability. Unspoken secrets and buried memories surface as Una and Ray sift through the wreckage of the past, confronting unanswered questions and unresolved longings; ultimately shaking them both to the core. UNA gazes into the heart of devastation and asks if redemption is possible.

This is a decent and engrossing drama and here’s your chance to win a copy just by answering the following question:

b) A Ghost Story

c) The Girl with the Dragon Tattoo