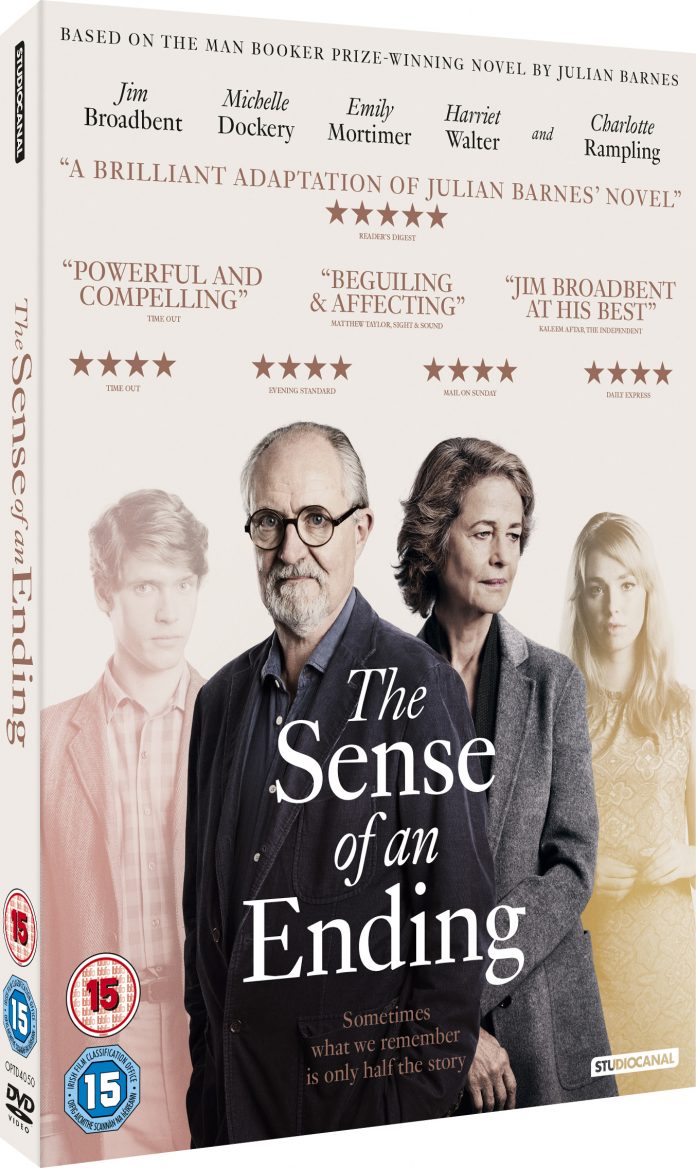 After a summer of comic book nonsense its reassuring to find that there are films out there  with a more grown up sensibility and adult themes and ‘The Sense of an Ending’ fits that description nicely.

A deeply moving and uplifting story about the paths chosen in life, and the power of memory, love and forgiveness it follows Tony Webster (Academy Award®-winner Jim Broadbent, Bridget Jones’ Baby, The Lady in the Van) who is divorced, retired and leads a reclusive and relatively quiet life.

One day, he learns that the mother of his university girlfriend, Veronica, left in her will a diary kept by his best friend. Tony’s quest to recover the diary forces him to revisit his flawed recollections of his youth and, digging deeper, uncovers deceit, regrets and guilt buried long ago. Can Tony bear to face the truth and take responsibility for the devastating consequences of actions he took so long ago?

This is an engrossing and poignant study of regret about life’s decisions and the subsequent ramifications.

The always fantastic Jim Broadbent won an Oscar as Best Supporting Actor in what film?

b) The Iron Lady

Win a dvd and signed poster in our Yardie competition directed...