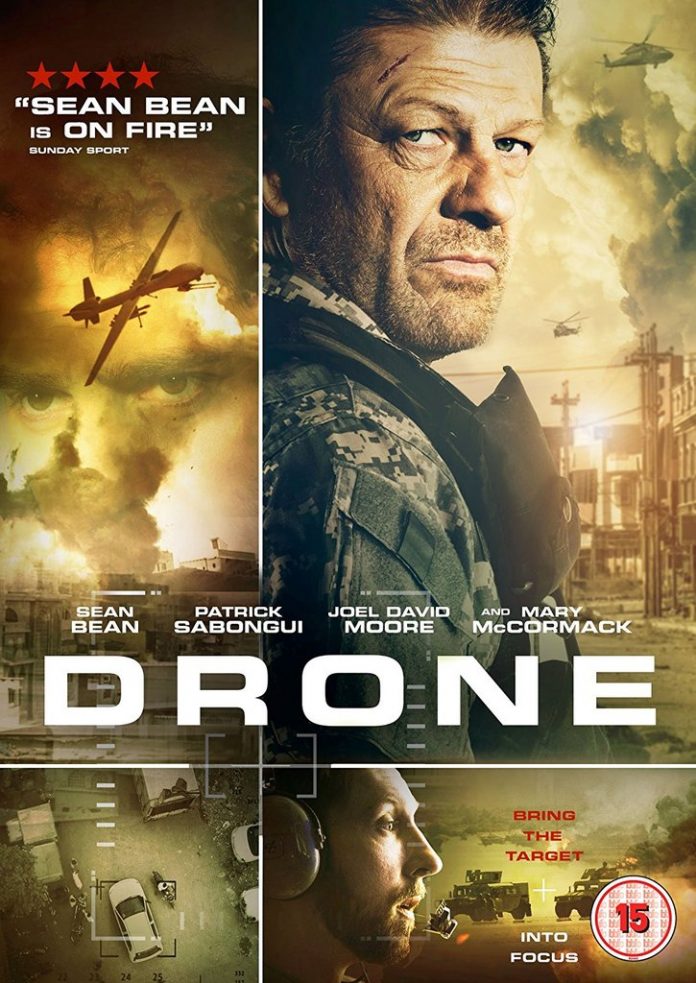 If there’s any doubt what this film is about then the film makers have helpfully put a clue in the title. Fortunately its not about the Editor’s voice as he pontificates about whatever’s irritated him that morning but is about drone pilot and family man Neil (Sean Bean; TV’s Game Of Thrones, The Martian) who has spent his career conducting deadly, covert missions overseas from the comfort of his suburban hometown. When an enigmatic, Pakistani businessman (Patrick Sabongui; TV’s Homeland, Arrow) manages to track Neil down at his home seeking revenge, Neil must confront the consequences of his actions.

Also starring Mary McCormack (TV’s The West Wing, The Newsroom) and Joel David Moore (Avatar, The Guest), DRONE is a supremely timely and electrifyingly taut thriller that examines the consequences of making decisions from afar. This is a great little thriller featuring Sean Bean at his stoic best.

To win a copy just answer the following question…..

San Bean often dies in the films he appears in but which film does he NOT die?