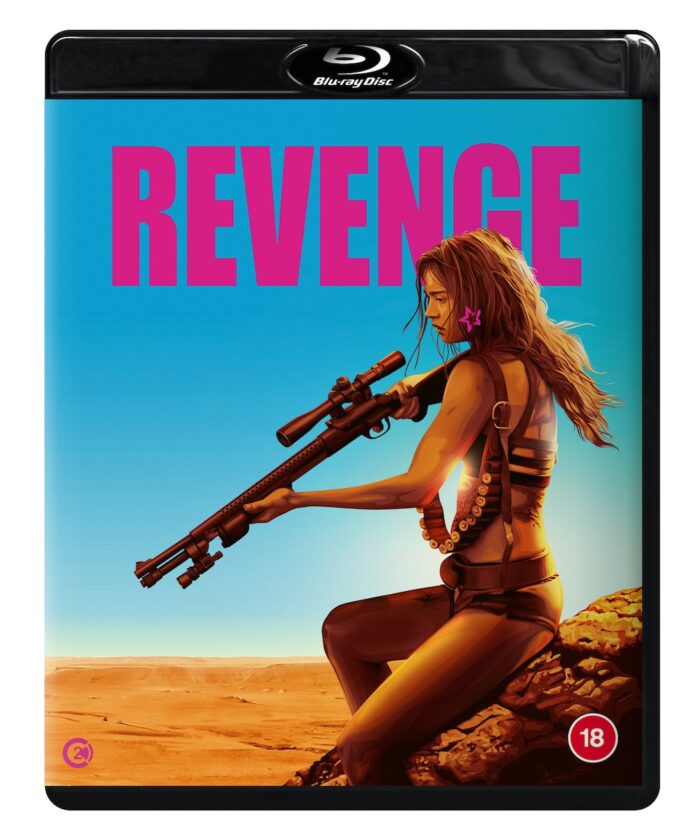 Revenge the ground breaking gore-fest debut from director Coralie Fargeat made a big impact on its Limited Edition Blu-ray release in 2020 and now the film arrives on Standard Edition Blu-ray.

One of the most talked about movies of recent years, the film adds a feminist twist to the classic exploitation genre and this latest release features a host of special features, including interviews with writer-director Coralie Fargeat and star Matilda Lutz as well as interviews with the film’s cinematographer and the composer, a new commentary and much more.

Entitled CEO Richard’s romantic getaway with his young mistress Jen is interrupted when his sleazy associates Stan and Dimitri arrive early for the businessmen’s annual hunting trip. Their leering advances turn ugly, culminating in a brutal attack where Jen is left for dead in the desert. Like a phoenix from the ashes, Jen rises, and now she’s out for revenge. What follows is a roaring rampage of revenge!

Read our disc review of the film here