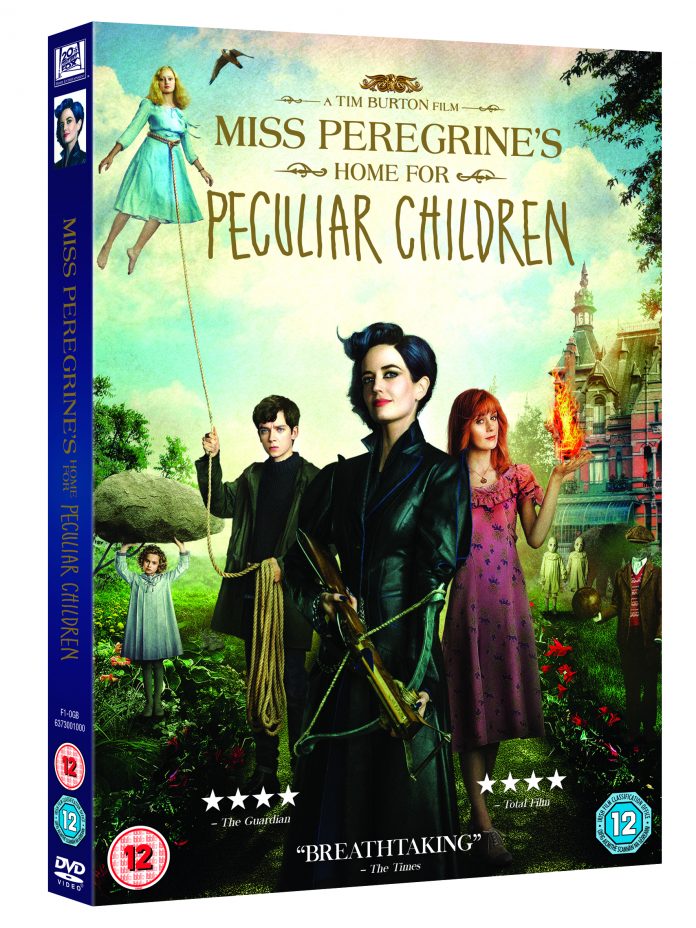 Tim Burton’s films are always visually distinctive with his ever present gothic vibe but unfortunately some of his most recent films (Dark Shadows, Alice in Wonderland) were a bit of a disappointment but last years, ‘Miss Peregrine’s Home for Peculiar Children’ was a superb return to form. With captivating stars including Eva Green (Miss Peregrine), Academy Award® nominee Samuel L. Jackson (Barron), Emmy Award® winner Allison Janney (Dr. Golan), and up-and-comers Asa Butterfield (Jake) and Ella Purnell (Emma), Miss Peregrine’s Home for Peculiar Children is sure to delight fans and families alike.

When 16-year-old Jake unravels a mystery that spans alternate realities and times, he discovers a secret world for children with unusual powers, including levitating Emma, pyrokinetic Olive, and invisible Millard. But danger soon arises and the children must band together to protect a world as extraordinary as they are.

The release of the film onto dvd and blu ray includes some great extras such as:

•      The Peculiars – Meet the cast in this behind-the-scenes piece, including 15 character pods (Blu-ray only)

•      Hollows And Ex-Hollows – Explore the role of the Hollows, led by Barron (Samuel L. Jackson,) and the process of creating these ferocious creatures (Blu-ray only)

Anyway here’s your chance to win a copy of the film on dvd.

Which Tim Burton film was Oscar nominated for Best Animated film in 2013?

a) The Corpse Bride

Here’s a look behind the scenes on the AnyGoodFilms YouTube channel…….

And here the trailer…….