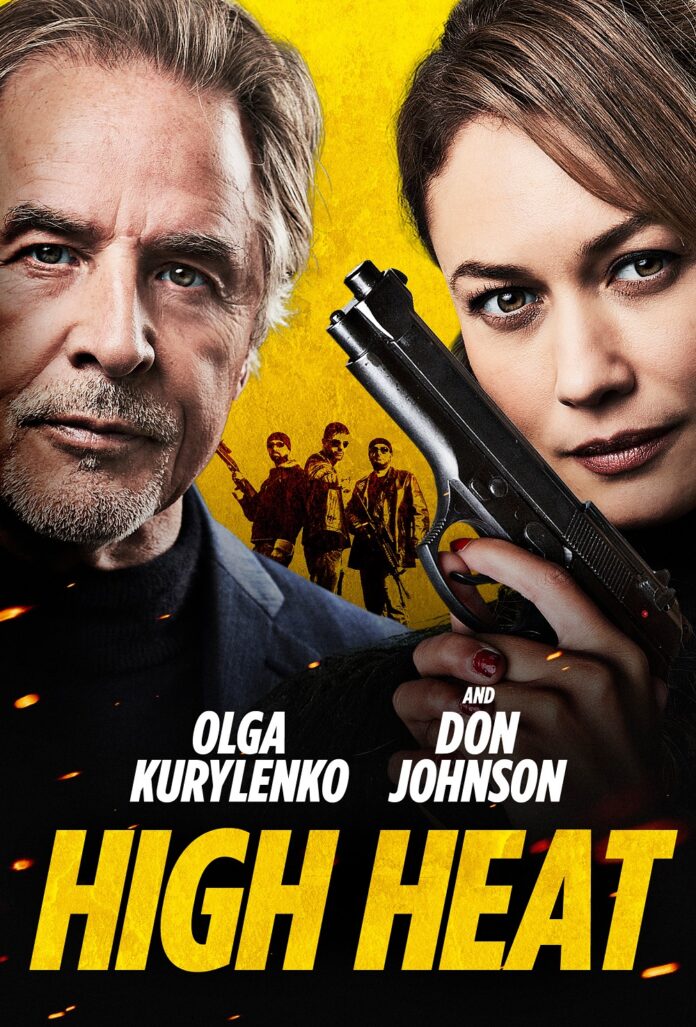 The wildly entertaining pressure cooker thriller HIGH HEAT is being released on digital platforms in the UK and Ireland from 23 January and we’re giving you the chance to win a digital download code!

Don Johnson (Knives Out) and Olga Kurylenko (Black Widow) are cooking up a storm in HIGH HEAT, an action-packed new thriller about a woman defending her successful restaurant from merciless mobsters – using her street smart guile and a very sharp knife.

Kuryleno sizzles as an ex-KGB agent-turned chef, and Don Johnson is terrific as her husband, who owes a massive gambling debt to the local mafia that he can’t pay back. When the mob comes knocking, they don’t reckon on having to tangle with a highly-trained former Russian operative. It’s  True Lies meets Boiling Point , as the  veritable buffet of bloodshed, bullets and blistering fight scenes plays out as the tension builds.

Spiced with witty dialogue and chemistry between the leads, HIGH HEAT turns the burners on full and delivers a sumptuous action banquet seasoned to perfection.

To be in with a chance of winning just:

Win a combi pack of Bones and All starring Timothee Chamalet

I Know What You Did Last Summer sequel on its way…..