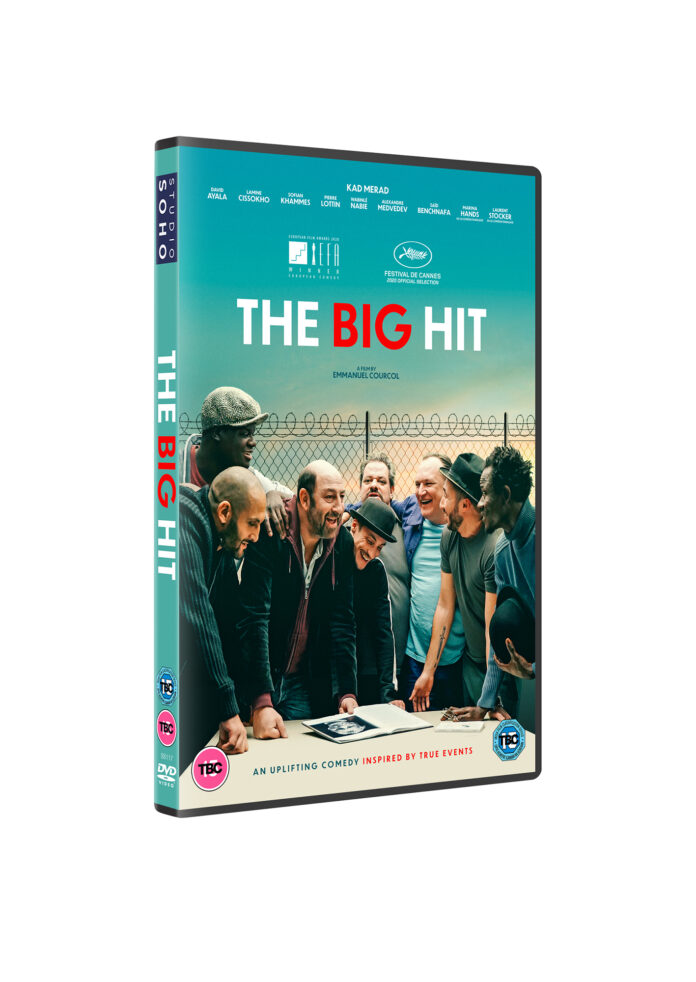 Here’s a chance to win one of THREE DVD copies we have to give away of the award-winning French comedy THE BIG HIT directed by Emmanuel Courcol.

Etienne (Kad Merad), an often out of work and past his prime yet also an endearing actor, runs a theatre workshop in a prison, where he brings together an unlikely troupe of prisoners to stage Samuel Beckett’s famous play ‘Waiting for Godot’. When he is allowed to take the colourful band of convicts on a tour outside of prison, Etienne finally has the chance to thrive.

This is a very funny drama that  stars Kad Merad (Welcome to the Sticks), Lamine Cissokho (Titane), Pierre Lottin (Les Tuche) and Marina Hands (Taboo). THE BIG HIT picked up Best European Comedy at the European Film Awards and was officially selected to screen at Cannes in 2020 to much acclaim from audiences and critics alike

To be in with a chance to win one  of THREE DVD’s we have to give away just….