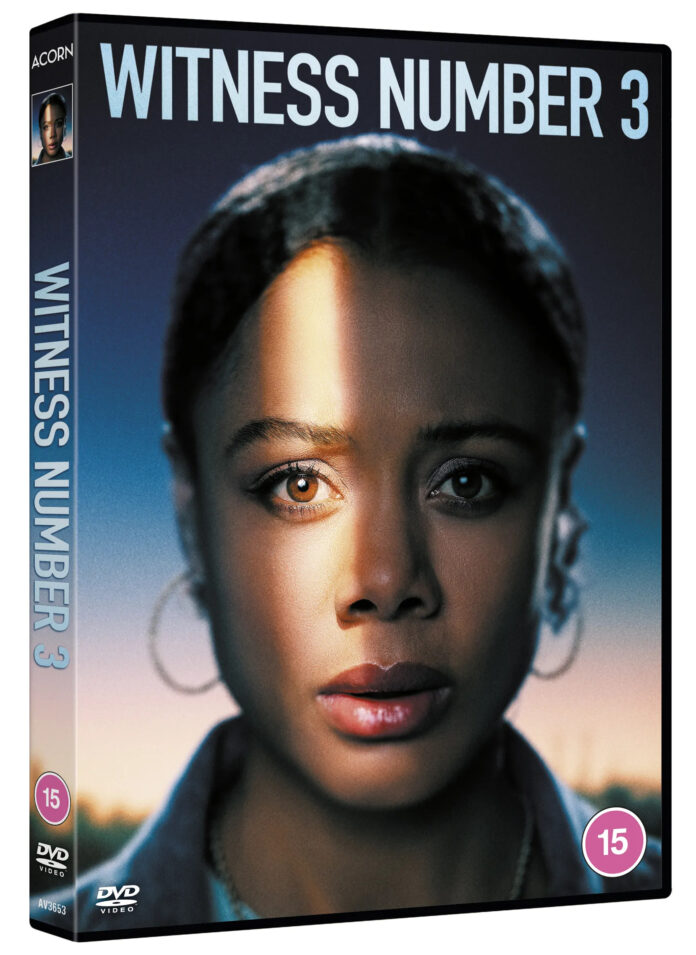 Bear witness to a brand-new, gritty, enthralling thriller Witness Number 3 that sees Nina Toussaint-White (Bodyguard, EastEnders) give a stand-out performance in the lead. This must-see four-part series oozes with paranoia and menace and is set to arrive on DVD and digital on 25 July 2022 following its transmission on Channel 5 beginning Monday 18 July.

It’s business as usual for Jodie (Toussaint-White), a single mum who runs her own hairdressing salon, until she glances out of the window and catches a glimpse of an altercation between two men, but unbeknownst to her one of the men is about to be murdered.  In that seemingly innocuous split second, Jodie’s life is turned upside down… forever. When the police make an appeal, Jodie decides to come forward, believing her information to be of little consequence. But she quickly learns that she’s the prosecution’s key witness, known only as Witness Number 3 to protect her identity, and is assigned protection from P.C. Ivan Barkas (Young). When the murderer – a key player in a local gang – realises that Jodie’s evidence could put him behind bars, a terrifying campaign of intimidation to silence her unfolds and escalates with dramatic consequences.

What ensues is a chilling and tense game of cat and mouse that poses a simple question: How far are you prepared to go to do the right thing?

To win a copy just…

Here’s the trailer for Witness Number 3…..