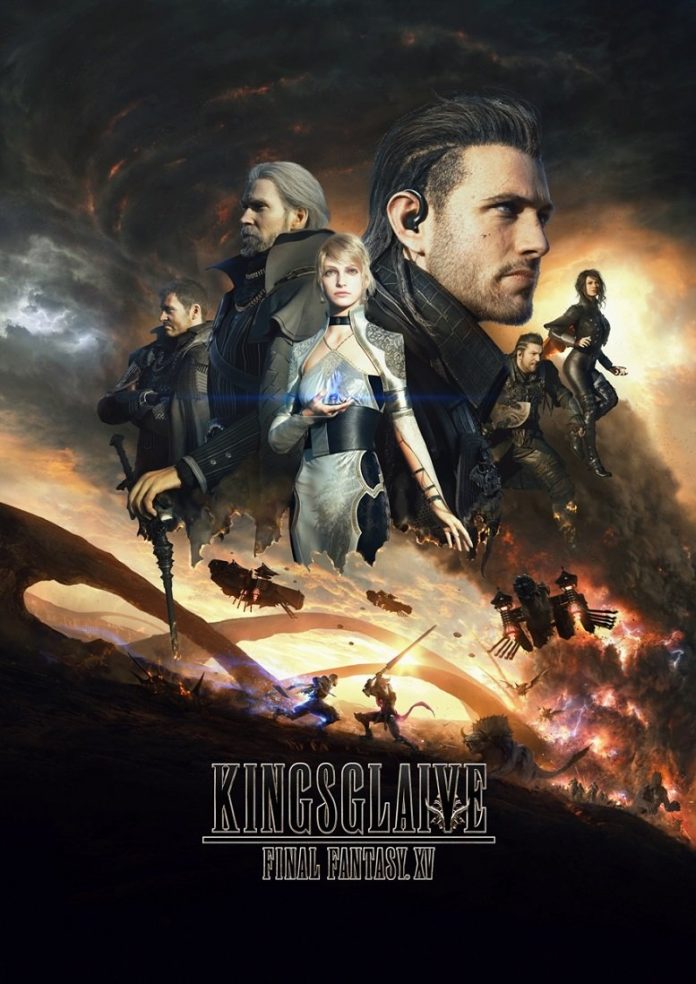 Here’s one for gamers where you can experience the global phenomenon when the action-packed, feature-length epic, KINGSGLAIVE: FINAL FANTASY XV, debuts on Blu-ray™ and DVD on October 3rd from Sony Pictures Home Entertainment. Highlighted by beautiful, state-of-the-art CG technology, the revolutionary new movie goes beyond the game franchise to deliver an experience that action fans, both familiar and unfamiliar with FINAL FANTASY, will enjoy. Featuring the voice talent of Aaron Paul (Breaking Bad), Lena Headey (Game of Thrones) and Sean Bean (The Lord of the Rings franchise) and new music from Florence + The Machine, KINGSGLAIVE: FINAL FANTASY XV finds King Regis (Bean) attempting the save the city of Insomnia from the menacing empire of Niflheim with the help of an elite force of soldiers called the KINGSGLAIVE, led by Nyx Ulric (Aaron Paul).

The magical kingdom of Lucis is home to the sacred Crystal, and the menacing empire of Niflheim is determined to steal it. King Regis of Lucis (Sean Bean) commands an elite force of soldiers called the Kingsglaive. Wielding their king’s magic, Nyx (Aaron Paul) and his fellow soldiers fight to protect Lucis. As the overwhelming military might of the empire bears down, King Regis is faced with an impossible ultimatum – to marry his son, Prince Noctis to Princess Lunafreya of Tenebrae (Lena Headey), captive of Niflheim, and surrender his lands to the empire’s rule. Although the king concedes, it becomes clear that the empire will stop at nothing to achieve their devious goals, with only the Kingsglaive standing between them and world domination.

KINGSGLAIVE: FINAL FANTASY XV was directed by Takeshi Nozue from a screenplay by Takashi Hasegawa and was produced by Larry Sparks, Shinji Hashimoto, Kosei Ito and Hajime Tabata.

Which of the following is NOT a game:

a) Call of Duty

c) Nobby NoMates and the monsters from Planet No Consonants

4. Winners name and address will be passed to a third party provider for contact and prize delivery.