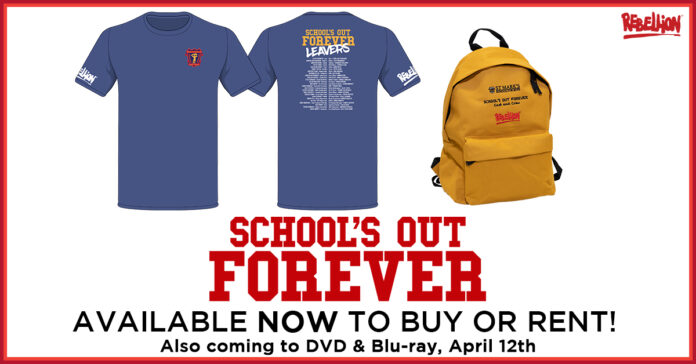 SCHOOL’S OUT FOREVER is available on digital download now and on Blu-ray & DVD from 12th April, and to celebrate the release, we have one fantastic  School’s Out Forever  prize bundle of goodies up for grabs which includes the DVD, a special SCHOOL’S OUT FOREVER rucksack and a t-shirt. 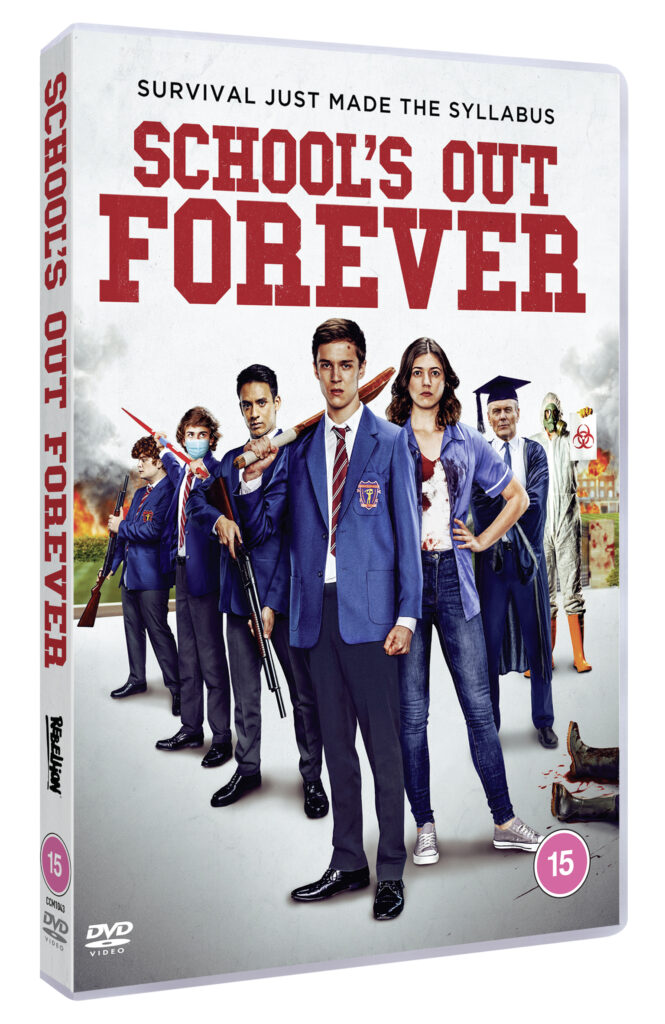 Starring Oscar Kennedy  as 15-year-old Lee Keegan who has been expelled from his private school just as  a pandemic spreads like wildfire around the globe. With his father dead and mother trapped abroad, Lee is given one instruction: go back to school. But safety and security at St. Mark’s School for Boys is in short supply. Its high walls can’t stop the local parish council from forming a militia and imposing martial law, while inside the dorms the end of the world is having a dangerous effect on his best friend and his unrequited crush on the school nurse isn’t helping him concentrate on staying alive. Read our review HERE 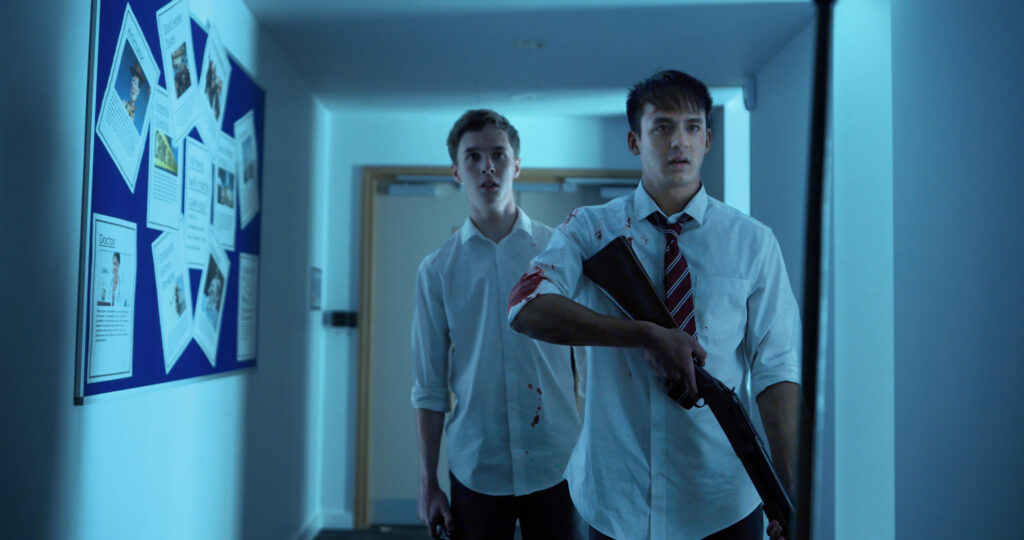 To win the School’s Out Forever prize bundle just:

Which two cities were the school interiors & exteriors shot?

Here’s the School’s Out Forever trailer….

Win the definitive blu-ray of Romero’s, ‘Dawn of the Dead’…….