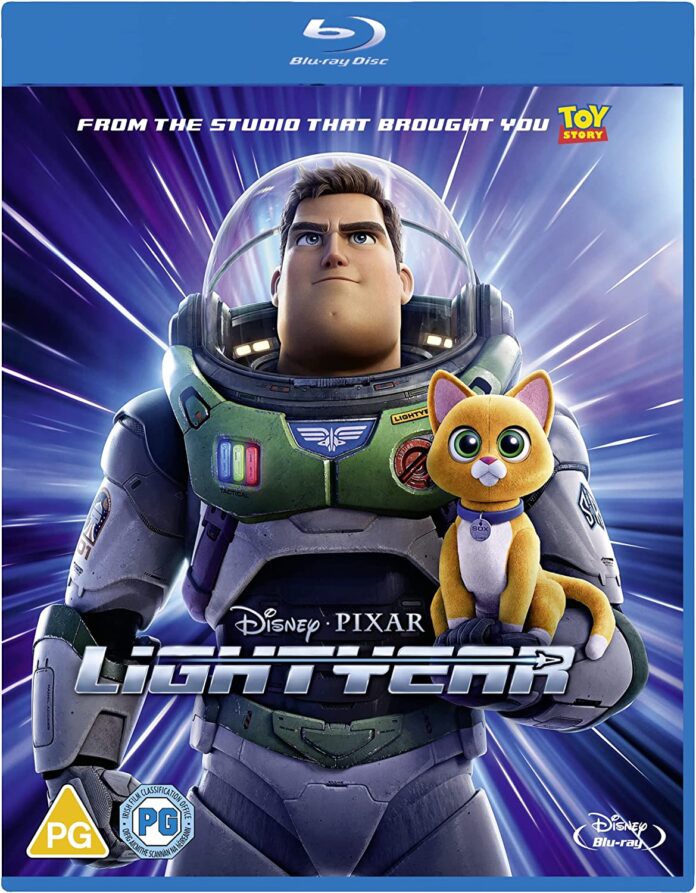 From Disney and Pixar comes an animated sci-fi action-adventure — the definitive origin story of Buzz Lightyear (voice of Chris Evans), the hero who inspired the toy. Lightyear follows the legendary Space Ranger on an intergalactic adventure alongside ambitious recruits, Izzy, Mo and Darby, and his robot companion Sox. As this motley crew embark on their toughest mission yet, they must learn to work as a team to escape the evil Zurg and his dutiful robot army who are never far behind. (Read our review HERE)

Directed by Angus MacLane with a cast of voices that included Chris Evans, Keke Palmer, Peter Sohn as SOX the robot cat (our favourite character!), Taika Waititi and James Brolin. With a huge number of bonus features including deleted scenes, featurettes and a director’s commentary the Lightyear blu-ray is a must have disc from Pixar.

To win a Lightyear blu-ray just….