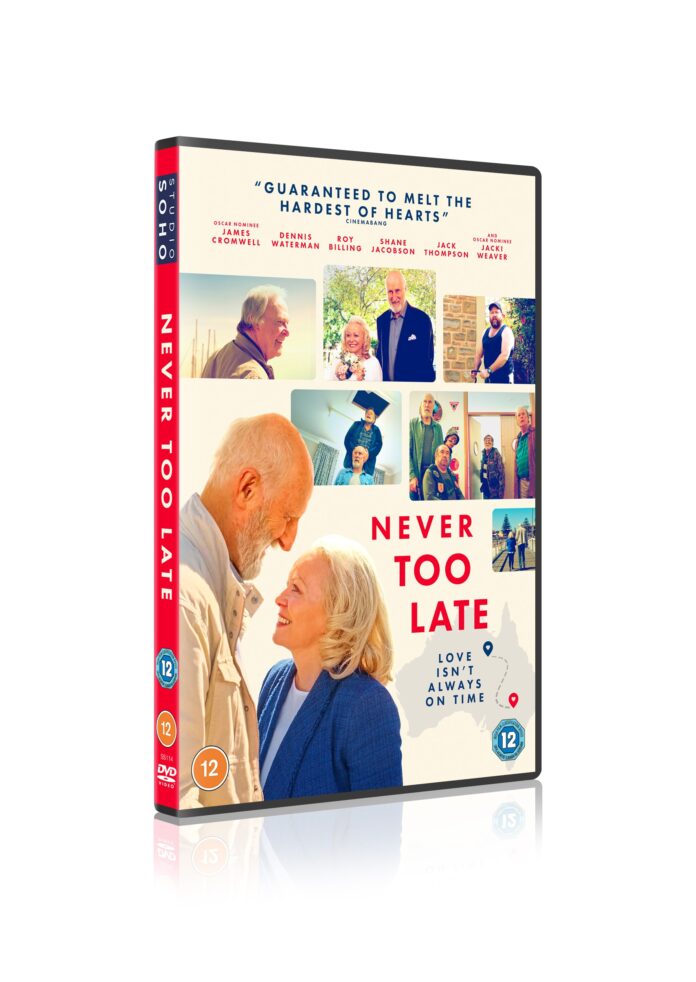 NEVER TOO LATE stars Oscar nominee James Cromwell (Babe, LA Confidential), Dennis Waterman, (The Sweeney, Minder) and Oscar nominee Jacki Weaver (Animal Kingdom, Stage Mother) and will be available on EST platforms including Sky and Amazon from from 28th March and on TVOD / DVD from 4th April and we have TWO ‘Never Too Late’ DVD’s to give away!

The film follows four Vietnam war veterans who many years previously escaped from a POW camp and who are now  reunited in their old age  It has been a long time since Caine, Bronson, Angus and Wendell, aka, ‘The Chain Breakers’, escaped the torturous Vietnamese POW camp. They now find themselves sharing a new prison, The Hogan Hills Retirement Home for Returned Veterans. Each of the boys has an unrealised dream they want to achieve before it’s too late. So, once again they band together to devise a plan to escape this new hell. But the rules of engagement have changed, in fact, they can’t even remember what they were and that’s half the problem.

Directed by Mark Lamprell, Never Too Late is a bitter sweet comedy which promotes the ideas of Carpe Diem and living life without regret.

To win a Never Too Late DVD just…….

Here’s the Never Too Late trailer…..