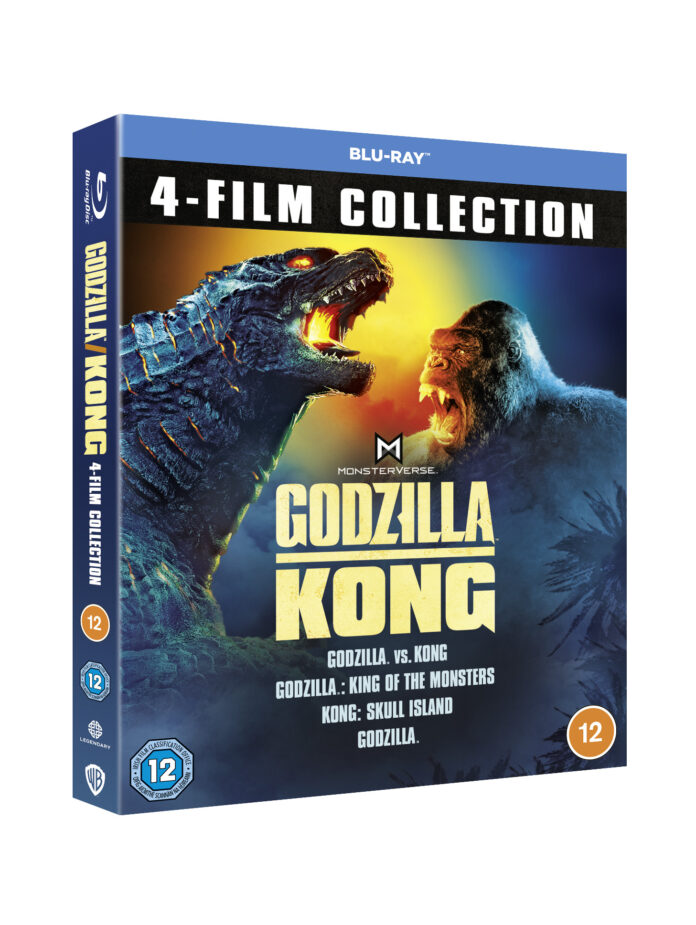 With the recent release of GODZILLA VS KONG doing …ahem…..monster business it bought to a close the MonsterVerse that started with Godzilla (2014) followed by Kong: Skull Island (2017) and then Godzilla: King of Monsters (2019). Well now Warner Bros are now releasing all four films in one complete box set and as well as on digital download and on Blu-ray and DVD from 14th June and to celebrate the release we have one Godzilla / Kong competition bundle up for grabs!!!

Godzilla v Kong saw Kong and his protectors undertake a perilous journey to find his true home, and with them is Jia, a young orphaned girl with whom he has formed a unique and powerful bond. But they unexpectedly find themselves in the path of an enraged Godzilla, cutting a swath of destruction across the globe. The epic clash between the two titans—instigated by unseen forces—is only the beginning of the mystery that lies deep within the core of the Earth. Read our review HERE.

What four words does the director tell the audience?

Find the answer to the question in this ‘Godzilla: King of the Monsters’ clip……