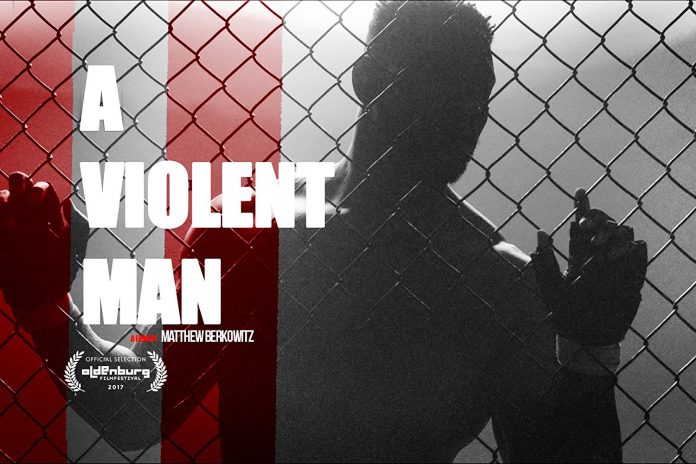 For his birthday we gave our Editor a weight loss machine until he pointed out that it was actually a bacon slicer. It got worse when he was given a Satnav with his wife’s voice and after a week he was so furious listening to her nagging voice giving him directions that he drove his car through a shop window. At least it was the better than the last satnav he had with Princess Diana’s voice because that only had one instruction which was ‘Quick, I think we can outrun them’……but we digress because  talking of a violent man this weeks’ competition is to win a copy of ‘A Violent Man’ (see what we did there?)

When aspiring MMA fighter Ty (former NFL player Thomas Q. Jones, Straight Outta Compton, Luke Cage) becomes a sensation after a viral video reveals him beating the undefeated world champion in a local gym, he attracts the attention of Victoria (Denise Richards,) – a sports reporter looking for her next scoop. However, Ty becomes the prime suspect in a murder investigation that could end his fighting career for good, despite maintaining his innocence. But if he didn’t commit the crime, who did?

To win a copy of ‘A Violent Man’ just answer the following question:

What Bond film did Denise Richards appear in as Christmas Jones?

a) The World is Not Enough