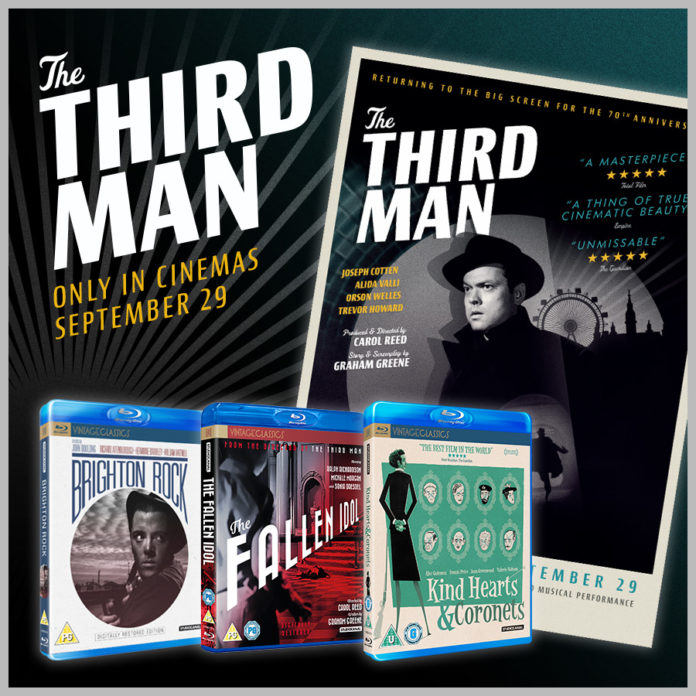 It’s the 70th Anniversary of THE THIRD MAN, Carol Reed’s film noir masterpiece and to celebrate this special cinema release, we are offering one lucky winner the chance to take home three British classics on Blu-ray: BRIGHTON ROCK, THE FALLEN IDOL and KIND HEARTS AND CORONETS. The winner will also take home a brand-new THE THIRD MAN poster (designed specially for this 70th anniversary release).

THE THIRD MAN stars Joseph Cotten (Citizen Kane) as Holly Martins, a naïve writer of pulp westerns, who arrives in a bombed-out, post-war Vienna to meet his childhood friend Harry Lime (Orson Welles), only to find that Lime has apparently been killed in a suspicious accident. Martins, too curious for his own good, hears contradictory stories about the circumstances of Lime’s death, and as witnesses begin to disappear he soon finds himself chased by unknown assailants. Complicating matters are the sardonic Major Calloway (Trevor Howard), head of the British forces, and Lime’s stage actress mistress, Anna Schmidt (Alida Valli). Will Martin’s curiosity lead him to discover things about his old friend that he’d rather not know? 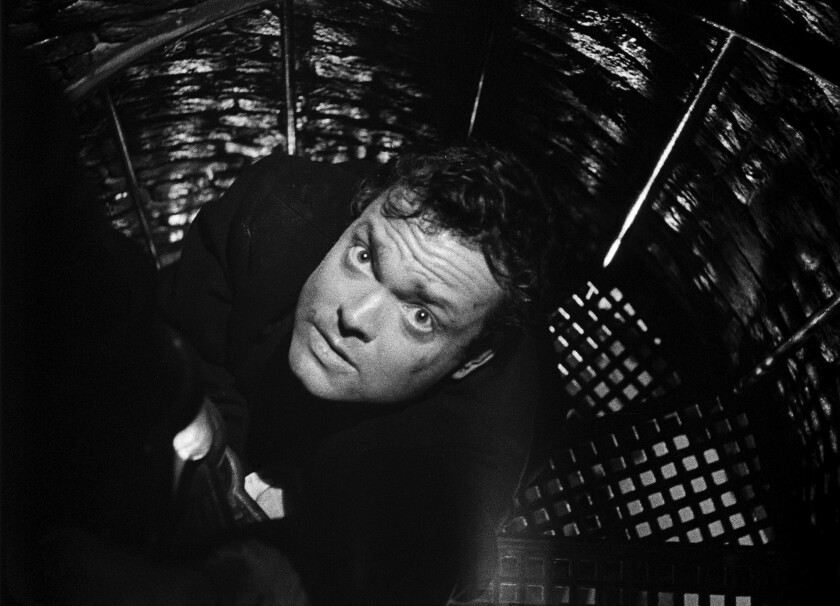 To win the Blu Ray bundle of Brighton Rock, Kind heats and Coronets and The Fallen Idol  as well as the 70th anniversary specially designed poster for The Third Man poster just: