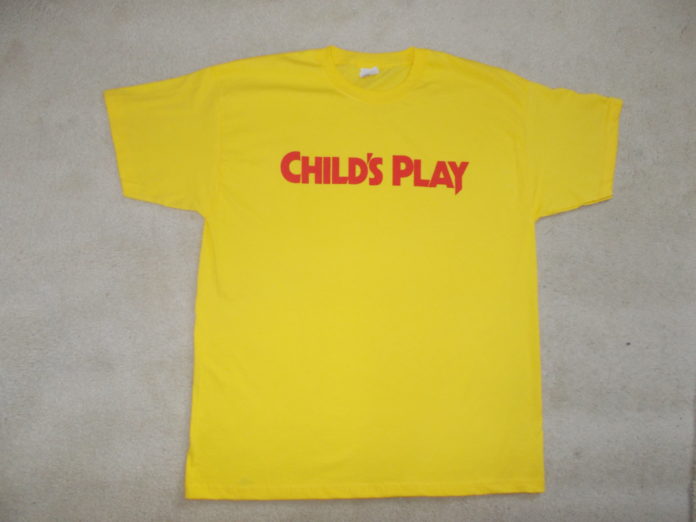 So with the release of the Child’s Play reboot of the 1988 horror favourite – read our review here– now’s an ideal time to run a competition where you can win a Child’s Play T shirt. A large size 100% cotton Child’s Play T shirt with the logo across the chest it’s an ideal prize for a film where a mother gives her 13-year-old son a toy doll for his birthday, unaware of its more sinister nature.

The film has rather cheekily being released at the same time as Toy Story 4 and could not be further removed from that film with its macabre black comedy and gruesome gore. With the Chucky doll owned, much like Woody in Toy Story, by a boy called Andy but here the doll is voiced by Luke Skywalker himself, Mark Hamill who takes over from Bard Dourif who voiced him in the original. Don Mancinini, the creator of the original franchise has not been involved with this reboot but rumours are that he is currently working on a TV series which will carry on from where his franchise left off after his last film.

The films is getting great reviews an all you have to do to win a Child’s Play T shirt is:

Phantom of the Open – REVIEW