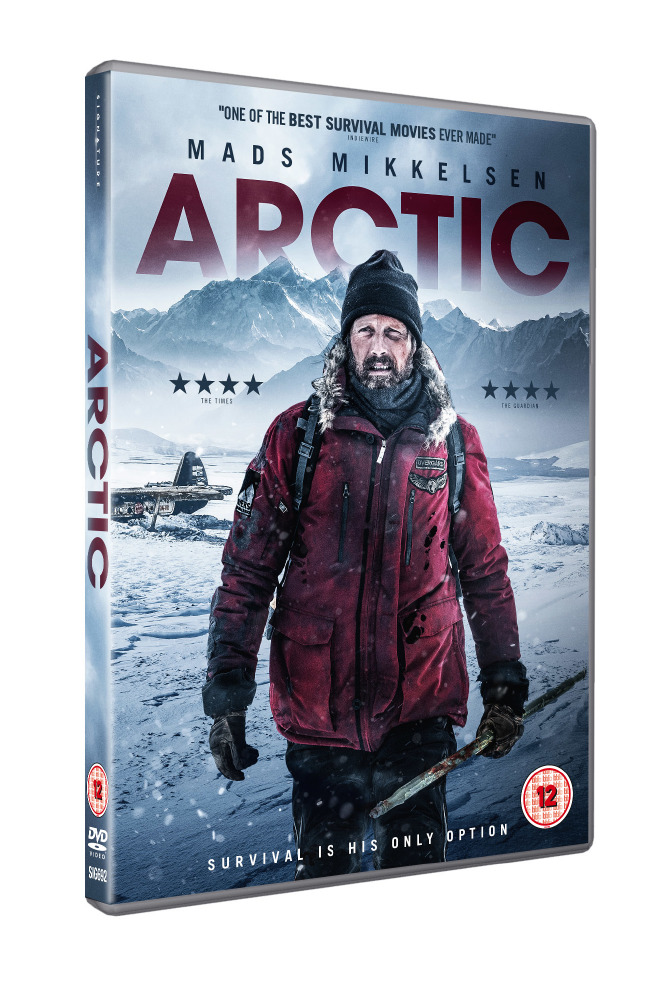 Who’d want to be trapped in a freezing cold arctic wasteland especially as it makes everything shrivel up to half its normal size which has always been a problem for our Editor if what his ex-girlfriends say about him is anything to go by. Which may explain his covert use of Viagra although it apparently takes half an hour to kick in by which time his date has usually wriggled free and escaped anyway (‘You’re fired!’ – Ed).  But we digress……

Following its theatrical release on 10th May, Mads Mikkelsen (Doctor Strange) gives a tour de force performance as a pilot whose plane has crashed in a remote corner of the Arctic. Stranded in the wilderness he uses his ingenuity to survive. When about to receive his long-awaited rescue, an explosive accident means his opportunity is lost and the dire situation further complicated. The tragic turn of events, involving another crash survivor, played by Maria Thelma Smaradottir, forces the pilot to make a perilous choice between the relative safety of his camp and a deadly trek into the unknown.

Full of shock turns, moments of horrific injury, polar bear action and tense emotional scenes, Arctic  is almost wordless and yet its powerful scenes will keep your hands clenched to your chair until its brilliant, breathless conclusion.

You can win a copy of Arctic just: