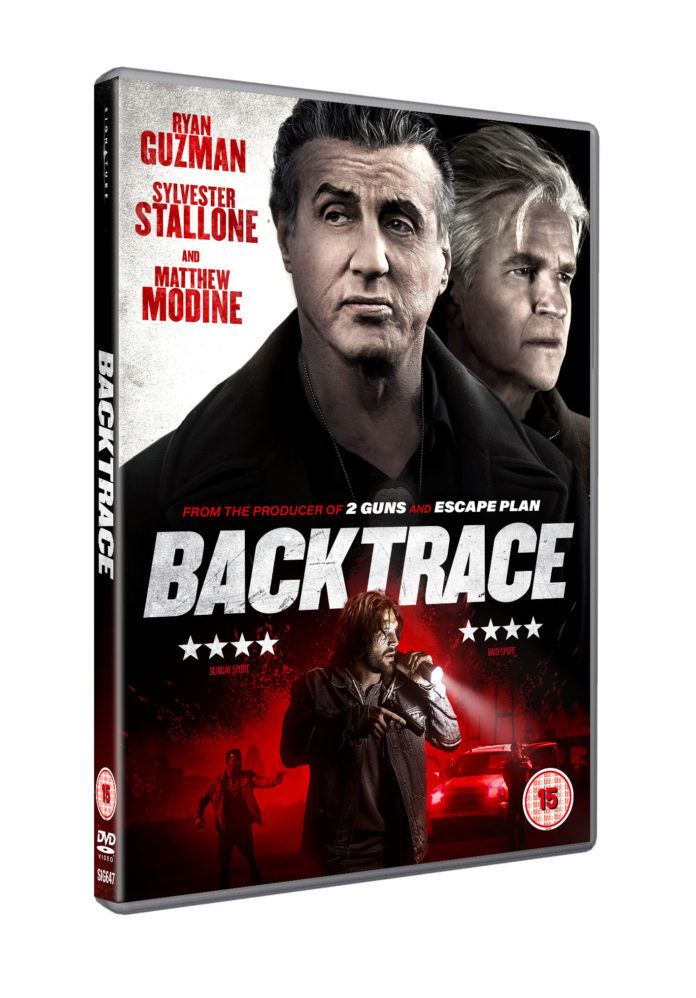 This week you can win a copy of Backtrace which has a great cast that includes Sylvester Stallone & Matthew Modine as well as Ryan Guzman & Christopher McDonald.

After suffering a brain injury from a bank heist gone wrong, MacDonald (Matthew Modine) develops amnesia and is put into a prison psychiatric ward. Following his seventh year in evaluation, he is coerced by an inmate and a ward doctor (Ryan Guzman & Meadow Williams) to break out of prison and injected with a serum that forces him to relive the life he’s forgotten. MacDonald must now elude a local detective (Sylvester Stallone), a toughened FBI agent (Christopher McDonald) and the drug’s dangerous side effects in order to recover the stolen money all while confronting his past.

When their plan attracts the attention of the law, however, Hollywood legend Sylvester Stallone is on the case. Rather than writing the action star as a gun-toting raging bull, Stallone is cleverly deployed as a no-nonsense detective who, after years on the case, is like a cobra holding in its anger until the best moment to strike.

Which film was Sylvester Stallone first nominated for an Oscar as Best Actor?