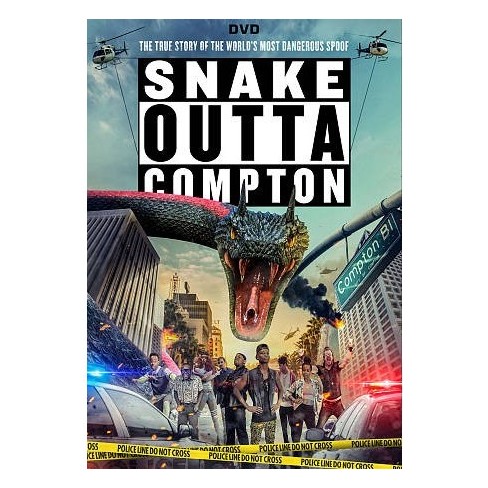 As the title suggests Snake Outta Compton is a mash up between Straight Outta Compton and Snakes on a Plane in fact the film even starts with a snake falling out of a plane and plummets earthwards where a science student finds and takes it home as part of his science project where at the same time a house party of going on. It’s only after he trains his laser ray on the snake that it starts growing to mammoth proportions leaving a trail of carnage in its wake as it slithers around Los Angeles. There are some spectacularly daft moments in this most notably where it the snakes launches itself up someone’s………well we won’t say.

Schlocky and silly, Snake Outta Compton is a B-movie writ large and if you liked the Sharknado films then this is going to appeal to you.

So here’s a chance to win a copy just by answering the following question:

Which of these films features snakes on a rampage?

c) Snakes on a Plane