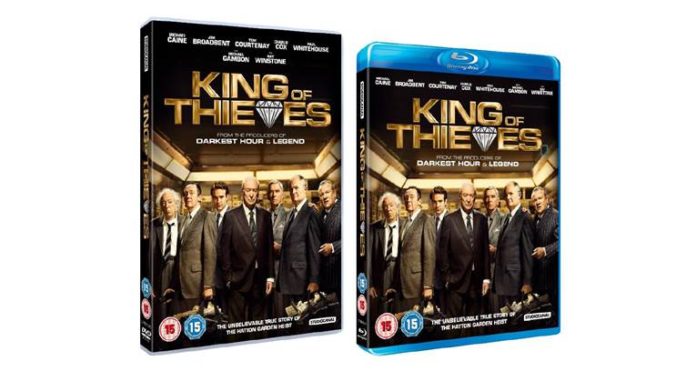 Again another mistake that we made when we first heard about King of Thieves was that it was the true life story of multiple bankrupt Donald Trump and now incredibly the US President. However from the producers of LEGEND and DARKEST HOUR, King of Thieves features an all-star cast of home grown legends led by Sir Michael Caine, KING OF THIEVES is the incredible true story of the spectacular Hatton Garden diamond heist, the biggest and most daring in British history.

The disc has a string of good bonus extra that includes :

Here’s the King of Thieves trailer…….

So enter our King of Thieves competition now!!!