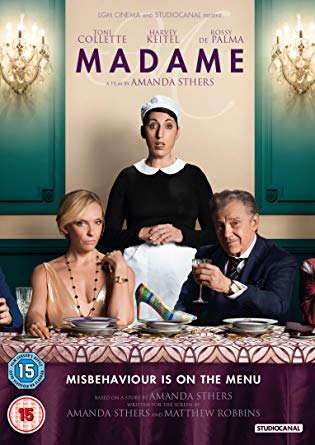 Reservoir Dogs, Bad Lieutenant, The Piano & Taxi  Driver are all films that Harvey Keitel had a significant role so it is little wonder that few of us regard him as a comic actor. It’s not for want of trying having appeared in Adam Sandler’s lamentable Little Nicky or the even worse The Ridiculous 6 which has been rightly forgotten. Madame is a far better film and shows that he can do comedy.

Adding a little spice to a waning marriage, Anne (Toni Collette, Hereditary) and Bob (Harvey Keitel) are hosting a luxurious dinner when Anne realises there are 13 guests. Panic-stricken, she insists her loyal maid Maria (Rossy De Palma) disguise herself as a mysterious Spanish noblewoman to even out the numbers. 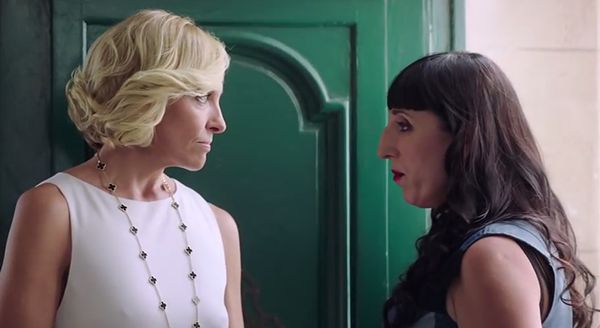 But a little too much wine and some playful chat leads Maria to accidentally endear herself to a dandy British art broker (Michael Smiley – Free Fire). Their budding romance will have Anne chasing her maid around Paris and finally plotting to destroy this most unexpected and joyous love affair.

So if you want to win a copy of Madame just answer the following question:

Which of the Quentin Tarantino films did Harvey Keitel NOT appear in?

Here’s the trailer for Madame……