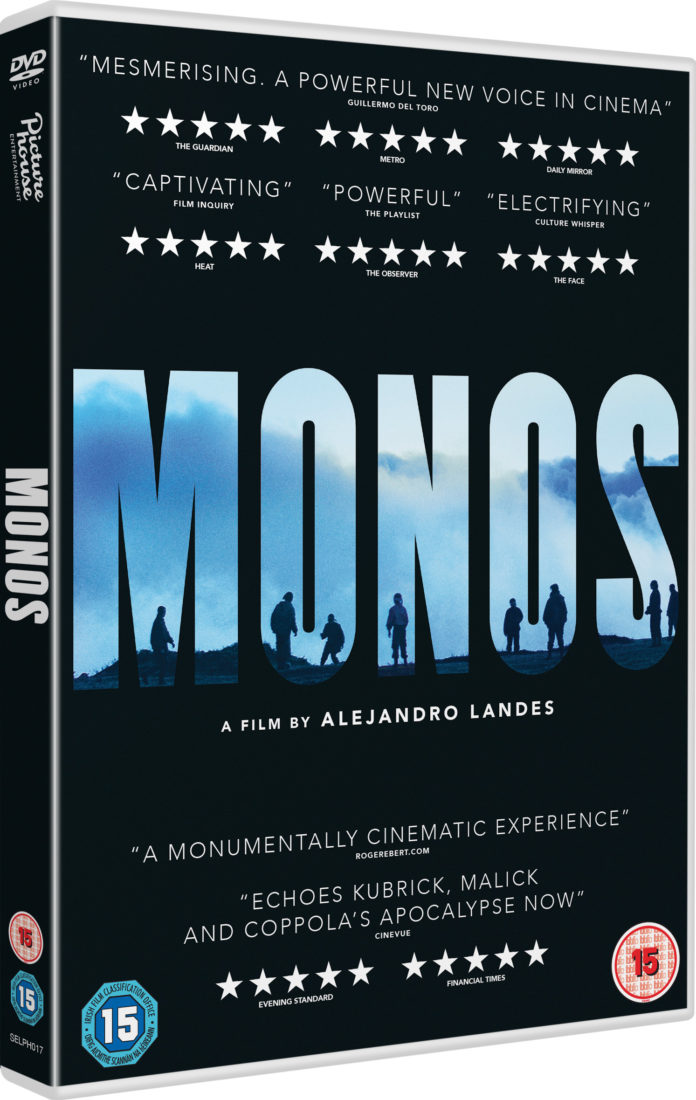 Unfortunately it didn’t stay long in cinemas but here’s a chance to win a DVD of the gritty military thriller, Monos.

On a remote mountaintop, a rebel group of commandos perform military training exercises while watching over a prisoner (Julianne Nicholson) for a shadowy force known only as ‘The Organization’. After a series of unexpected events drives them deep into the jungle, fracturing their intricate bond, their mission slowly begins to collapse. Set against a stunningly beautiful but dangerous landscape, Alejandro Landes’s awe-inspiring film is a breathtakingly epic vision that will leave you both mesmerised and utterly gripped.

MONOS was the Best Film winner at the 2019 BFI London Film Festival and is released on DVD, Blu-ray and Digital on 17 February 2020 following its critical and box office success. Directed by Alejandro Landes (Porfirio) and starring Julianne Nicholson and Moisés Aries, alongside newcomers Sofia Buenaventura, Julián Giraldo and Karen Quintero, MONOS is a unique and epic experience.

Having been in competition in Sundance (where it won the World Cinema Dramatic Special Jury Award) and Berlin 2019 (nominated for Best Feature Film), it was also entered in competition for this year’s BIFA awards (nominated for Best International Independent Film). As well as stunning performances from the young cast, Monos has an amazing score by Mica Levi praised by audiences and critics alike.

To win a copy of Monos just;

Win a copy of the Untouchables 4K UHD™ + BLU-RAY™ SPECIAL...