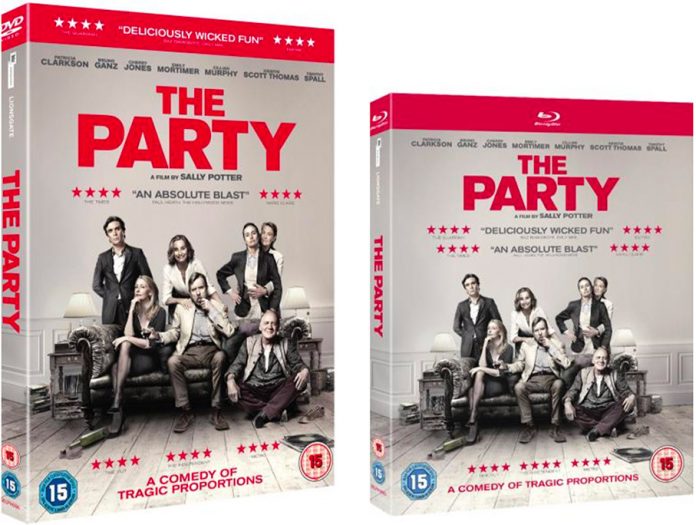 Who doesn’t love a party? Certainly not our Editor a man untouched by social etiquette and sobriety (‘You’re fired!‘- Ed). At a recent party he invited guests to help themselves to nibbles. Unfortunately nibbles was his recently deceased and cremated pet hamster but our Editor would draw the line at what unfolds in The Party.

Janet (Kristin Scott Thomas) has just been appointed to a key ministerial position in the shadow cabinet – the crowning achievement of her political career. She and her husband Bill (Timothy Spall) plan to celebrate this with a few close friends. As the guests arrive at their home in London the party takes an unexpected turn when Bill suddenly makes some explosive revelations that take everyone present by surprise. Love, friendships and political convictions are soon called into question in this hilarious comedy of tragic proportions. We’ve got a chance to win a copy of the film just by answering the following question:

Which actress who also stars in Darkest Hour features in The Party?