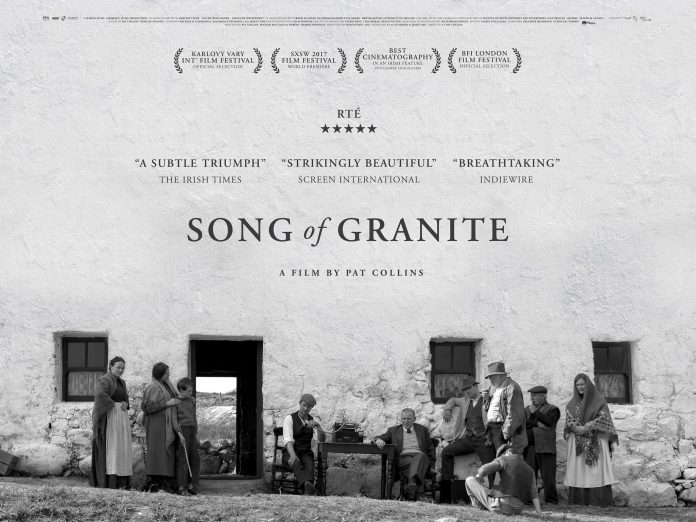 Admittedly the nearest we get to a bit of culture is what grows at the bottom of the Editor’s filthy coffee cup but in light of the Irish Rugby teams magnificent Grand Slam win in the Six Nations tournament we thought we would run a competition about another Irish giant. ‘Song of Granite’ is  the dramatic life story of legendary seannós singer Joe Heaney and you can win a copy in this week’s competition.

For those not in the know Heaney was a traditional folk singer from County Galway who recorded hundreds of songs throughout his life. Don’t believe the stereotype of the man with an elbow on his knee and a hand cupped to his ear with a ragged lurcher at his feet that’s run across the field and rolled in goodness only knows what because this is not that film.

Born in 1919 Joe Heaney started singing when a child before performing in public at 20 years old.  He moved to London in 1949 and got involved in the folk scene before moving to America in 1965 to live in New York until his death in 1984. Never a major star he was nonetheless hugely influential.

Directed by Pat Collins, whose back catalogue has a host of great documentaries, ‘Song of Granite’ is an audacious exploration of the man and his music.  Collins combines traditional narrative episodes with documentary footage and the film celebrates the music Heaney created while painting an unflinching portrait of Heaney, the man.

To win a copy of ‘Song of Granite’ just answer the following question:

What band did Shane MacGowan sing with?