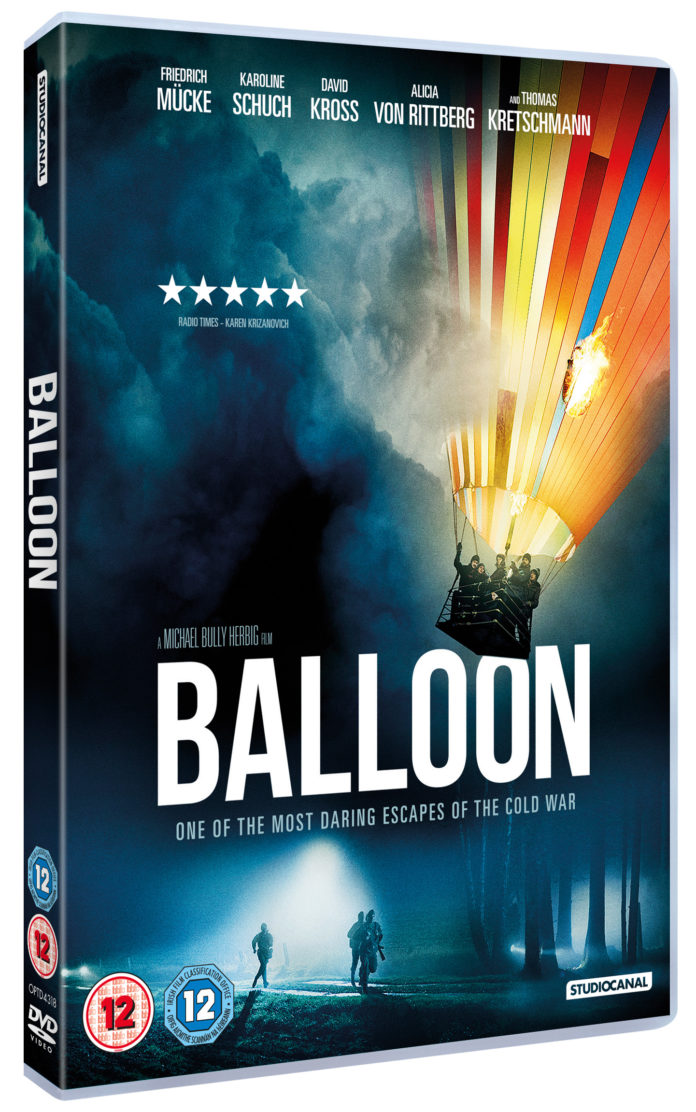 Some may be disappointed that new film, ‘ Balloon ’ is not the story of Kim Kardashian’s arse whereas the truth is that ‘Balloon’ is based on the thrilling true story of two families and their daring escape from East Germany to the West during the cold war.

In 1979 the Strelzyks and the Wetzels embark on one of the most spectacular and daring escapes from communist East Germany. Rather than risk landmines, barbed-wire and spring-guns at the border if they were to cross on foot, they plan to fly over the heavily fortified border in a homemade hot air balloon. When an initial attempt fails the secret police are alerted, but the families continue to plot and stitch together another balloon in secret, all the while living in fear of discovery and certain imprison.

BALLOON arrives on DVD and Digital Download on 7th October 2019.

To celebrate, we have THREE dvd copies of Balloon to give away to three lucky winners: