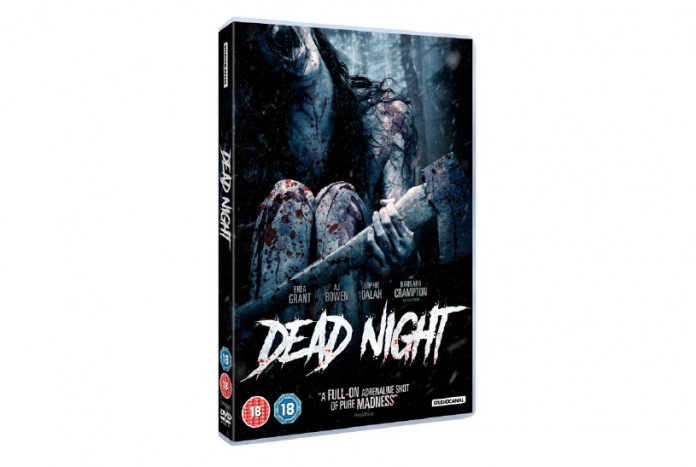 So with Halloween around the corner the time is right to have a horror film competition this time for a film called Dead Night.

James, his wife Casey, their two kids Jessica and Jason, and sick friend Becky head to a remote cabin in Oregon for a weekend trip. When James ventures into the dark forest looking for firewood, he encounters an enigmatic woman passed out in the snow. Bringing her back to the cabin for help, the family has no way of knowing that her wicked presence will be the catalyst for a series of horrifying events that will change their lives forever. DEAD NIGHT is The Shining meets Cabin in The Woods in a very modern horror full of twists and turns. DEAD NIGHT features a stellar cast including horror icon Barbara Crampton (Re-Animator, You’re Next, We Are Still Here) with a strong supporting cast of genre favourites including AJ Bowen (The Guest, House Of The Devil) and Brea Grant (Halloween II, ‘Dexter’).

Everything and anything goes in to this ambitiously quirky delight, oozing eeriness and evil, from the producers of John Dies At The End and Phantasm: Ravager.

To win a copy of Dead Night just answer the following question:

Here’s the trailer for Dead Night ……