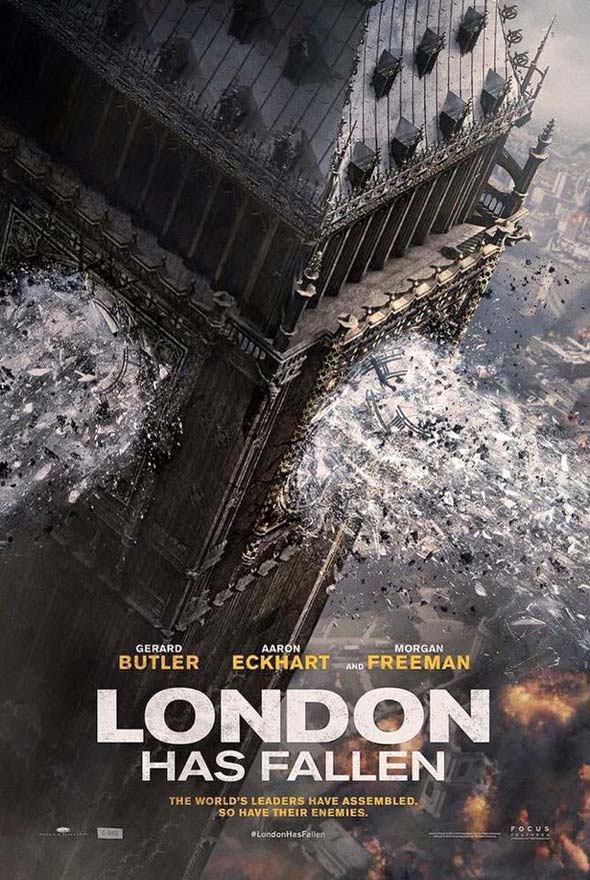 Another year, another city, another threat to President Benjamin Asher’s life… When a terrifying plot comes to light during a State Visit to London, Secret Service muscle and all-round tough guy Mike Banning must once again do whatever it takes to rescue his beloved POTUS – and the free world. On foreign turf and with seemingly no-one he can rely on (save for a feisty MI6 agent), the odds are stacked against Banning, with even President Asher forced to step up and help save the day…

Yes it’s time for some utterly bonkers action hokum as the World’s Heads of State gather in London for the funeral of the British prime Minister and wouldn’t you just know it but a seemingly endless army of terrorists cause utter mayhem and carnage as iconic landmarks get destroyed and wave upon wave of armed terrorists come after the US President with only his body guard Gerard Butler to keep him safe whilst Morgan Freeman and his chiefs of Staff watch it on the TV and look suitably concerned.

If ever there was a Saturday night beer & pizza movie this is it and here’s your chance to win a copy of the film by answering the following question:

London has Fallen is a sequel to which film?

3) Send your answers to: competitions@anygoodfilms.com

A Cure for Wellness…….