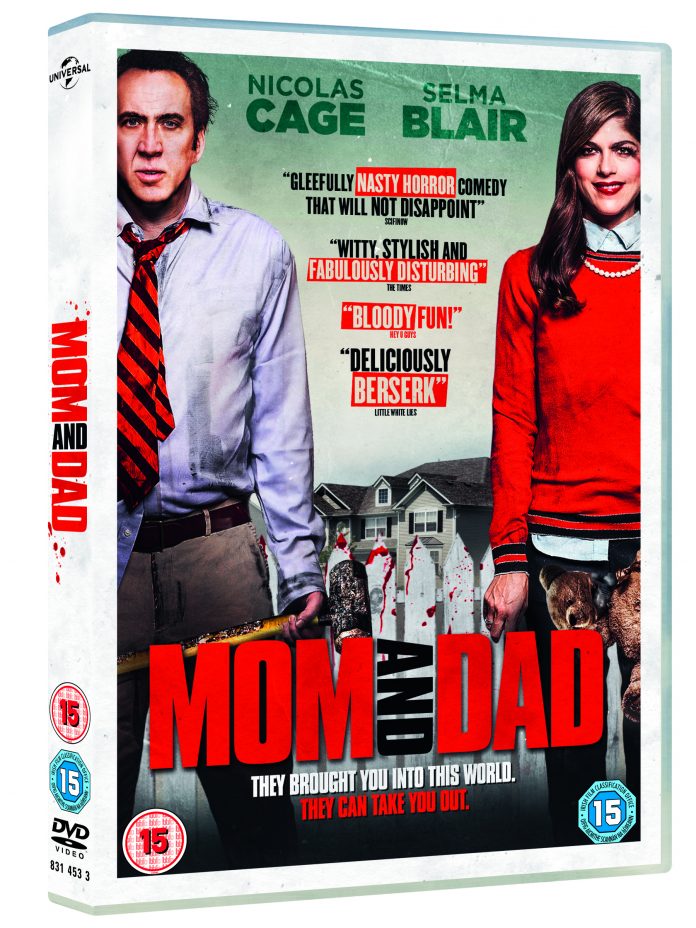 It’s not regularly that reviews include the phrase, ‘f**king bonkers’ though it is one often used to describe the state our Editor gets himself in after a big night out at The Nags Head. but it’s one that aptly sums up Nicolas Cage in one of the most controversial films of the year – warped horror-comedy MOM & DAD, which is available on Digital Download now and on Blu-Ray™ and DVD from July 16.

When a mass hysteria of unknown origin causes parents within a quiet suburban town to turn violently on their own children, Carly Ryan (Anne Winters) and brother Josh (Zackary Arthur) have to fight to survive a vicious onslaught from their own parents (Nicolas Cage and Selma Blair).

Trapped in their own home with their crazed mom & dad, Carly and Josh are forced to defend themselves against the very people that have cared for them their entire lives.

From the director of Ghost Rider – Spirit of Vengeance and featuring one hell of a cast, including Oscar®Award-Winning* Nicolas Cage (Con Air, Southern Fury ), Selma Blair (Hellboy, Cruel Intentions) and Lance Henrikson (The Terminator, Aliens), Mom & Dad is an enthrallingly disturbing concept that sees Cage make this one of his most viciously berserk and entertaining performances of his career!

To celebrate, we are giving away one dvd copy of ‘Mom & Dad’. All you need to do is answer the question below.

For what film did Nicolas Cage win a Best Actor Oscar?

How Paul Dano came up with The Riddler costume……