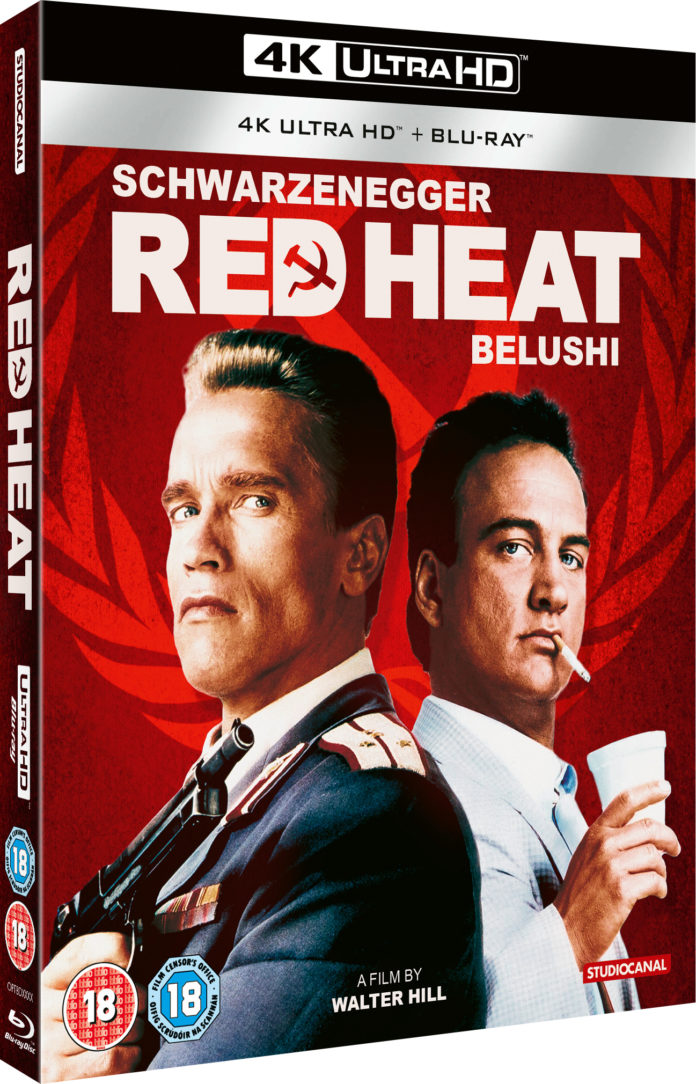 Hands down, the 80’s and 90’s produced some of the greatest action movies ever made and the biggest action stars, with real muscles, epic fight scenes, outrageous stunts and iconic one-liners. Studio Canal has given two action classics, Red Heat & Universal Soldier, the 4K restoration treatment and both are available in brand new 4K Ultra HD Blu-ray editions (plus Blu-ray, DVD and Digital download).

RED HEAT (out now) is the culture clash action-comedy, starring The Terminator himself Arnold Schwarzenegger and Jim Belushi. Arnie plays a tough Russian policeman forced to partner up with a cocky Chicago police detective when he is sent to Chicago to apprehend a Georgian drug lord who killed his partner and fled the country. 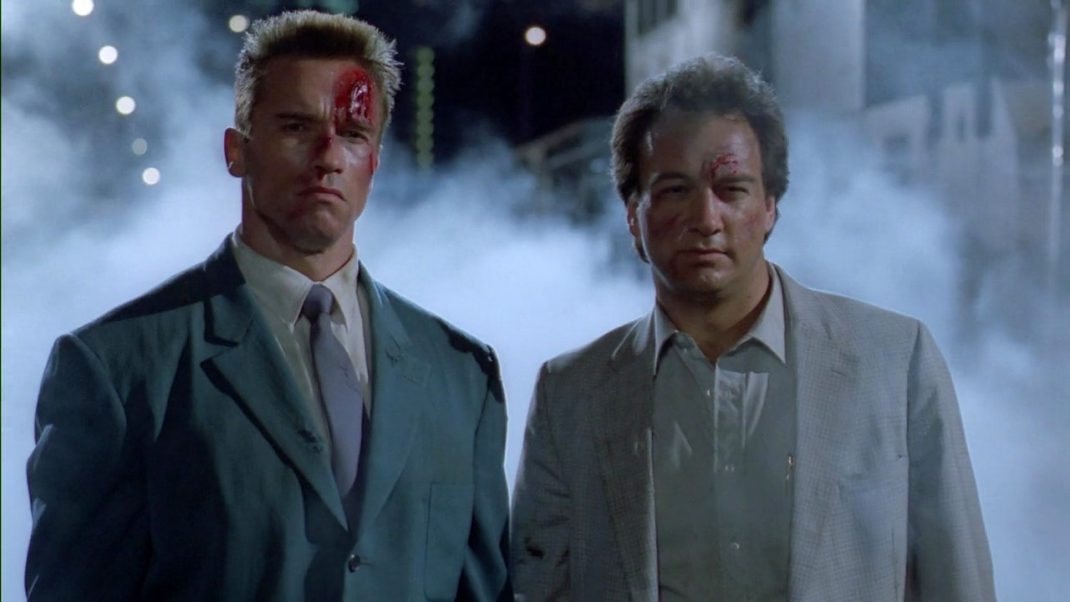 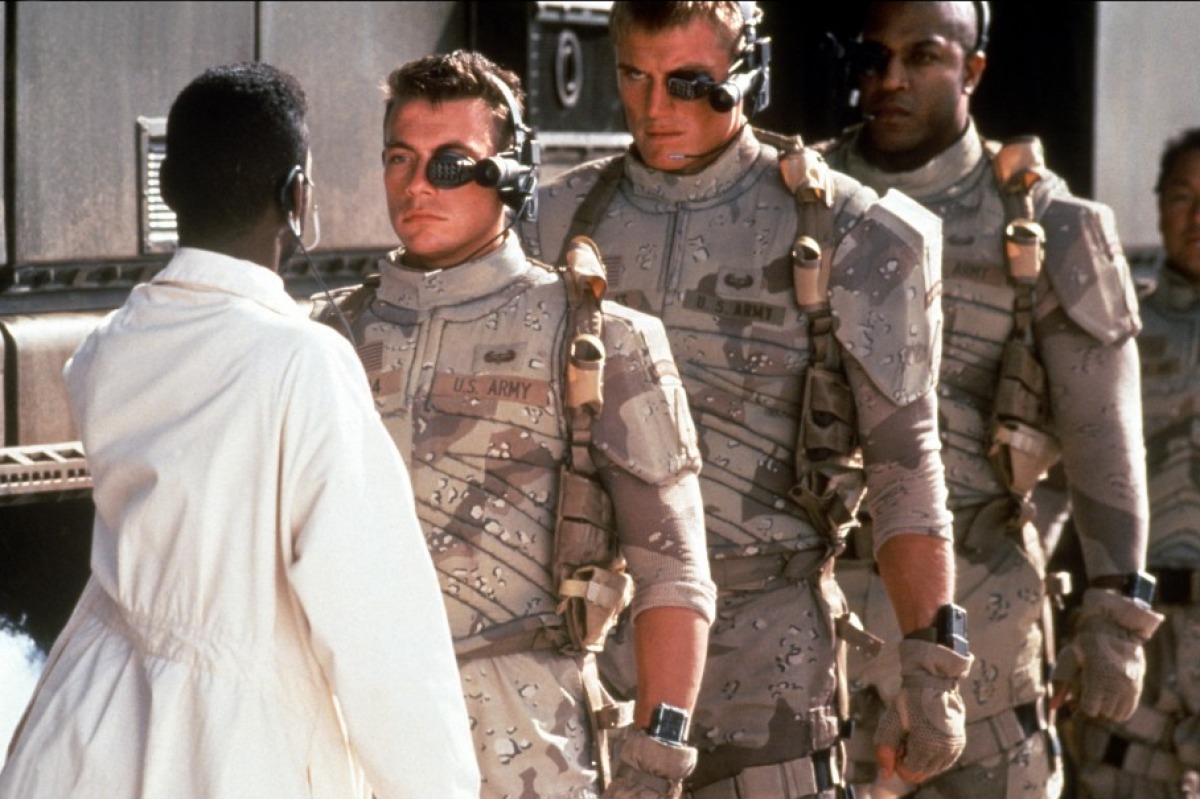 For a chance to win a 4K UHD Blu-ray edition of RED HEAT and UNIVERSAL SOLDIER simply answer the question below.

In the film clip that you can watch HERE what is our A-list actor hiding behind?