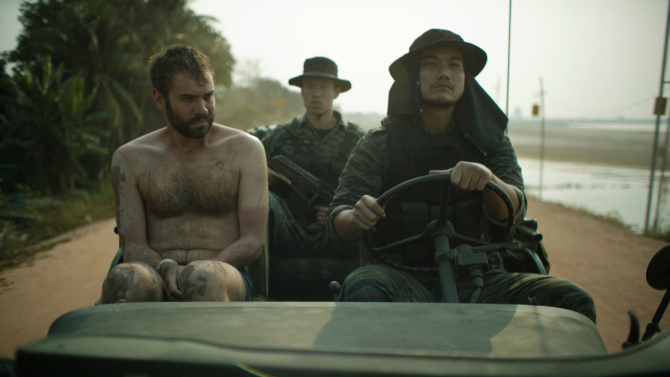 Misunderstandings can have terrible consequences. Take for instance our Editor. Having gone for a weekend break to the coast he went for a walk along the pier to a seafood store where he was about to tuck into some fresh cockles and winkles where he bumped into his neighbour, Mrs Ramsbottom, who was also on holiday and was taking her two new puppy dogs for a walk and in conversation she mentioned that she had just been to Ben & Jerry’s to try a new ice cream flavour. Seeing what the Editor was eating she mentioned how much she loved sea food also and her favourite was fresh steamed winkles in cider vinegar but first she was going to walk off the ice cream by taking her new pets for a walk on the beach before she had anything else to eat. Our Editor offered to join her for the bracing sea air and when he returned back to the hotel his wife asked him where he’d been.  It was here that his downfall began telling his wife that he’d been down to the sea front where he’d met Mrs Ramsbottom saying that, ‘She’s just been tasting Ben & Jerry’s and I offered to help take her puppies out on the beach and after that she said wanted to have some hot winkles in cider!’

The Editor is now sleeping in his spare bedroom but so it’s easy to see how misunderstandings can lead to terrible consequences as is seen in ‘River’. Set in Laos it follows a volunteer doctor (Rossif Sutherland) as he helps out at a local medical centre where all goes well until a patient dies. His confidence knocked he decides to take a break for a few weeks travelling along the Mekong where he stays at a make shift hotel where one evening, whilst drinking at a local bar, he sees a couple of brash young males hit on two local women getting them ever more drunk until on his way back to his hotel he sees one of the women having been sexually assaulted by one of the brash Australians and intervenes. As is often the case the best intentions can go wrong and they do go fatally wrong here when he beats the male to death and the drunk woman, who regains consciousness believes it is him who has assaulted her. Quickly leaving the scene his luck deteriorates  as he finds he’s lost his wallet in the fight and returns to the river to find it he sees the police pulling the body from the water.  Worse still it becomes a diplomatic incident as the man turns out to be the son of the Australian ambassador. With no wallet, no passport and no money he goes on the run and it all starts to spiral out of control.

It all turns into an almost Kafkaesque nightmare and Sutherland is excellent in the role conveying an understandable panic as a suffocating claustrophobia closes in on him as his attempts to flee the country grow ever more desperate and his situation gets ever worse with a colleague finally bribing him to do something ever more dangerous.

Pacily directed by Jamie M Dagg in his debut feature film it makes it all too believable that a misunderstanding like this in a 2nd world country can happen to anyone with the irony being that it’s happened to a doctor who is there to save life ends up taking a life. Least expected is how the film winds up with an ending to provoke arguments for days. If you’re thinking about going back packing or taking a gap year then this is enough to make you think twice…….and even more so about doing a good deed.

Here’s your chance to win a copy of the film: