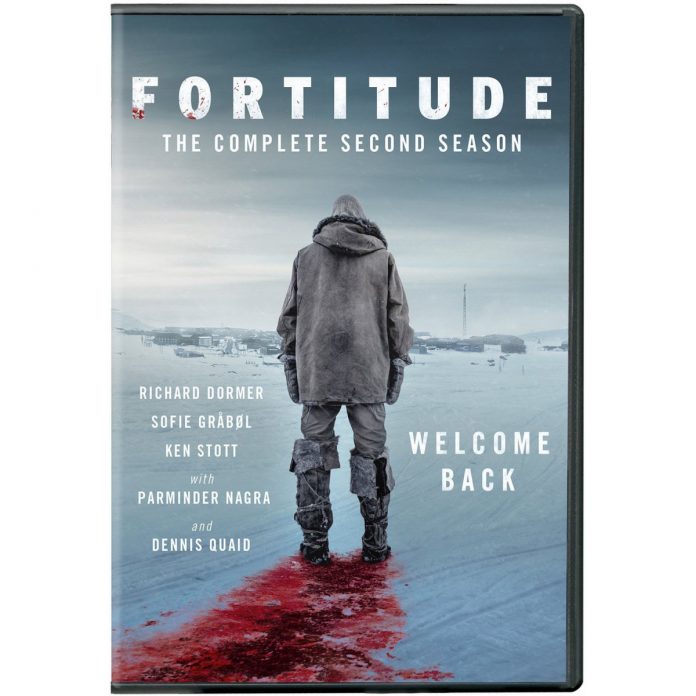 So something a little bit different on the competition front this week and here’s your chane to win the second series of the magnificent FORTITUDE, the chilling Arctic series returns for a second season that is darker than ever.

Season two begins several weeks after the disturbing events of season one as the strange goings-on continue in the town of Fortitude after a body is discovered.

In season two we return to Fortitude in the aftermath of the horrific events which have changed the town forever. The wasp contamination has been eliminated, but the effects are still fresh and life isn’t the same for the once close knit community. Dan is missing and is now presumed dead despite Eric’s desperate attempts to find him, and Governor Odegard is desperately fighting to save her job and a town in disrepute. Out in the stunning wilderness, nature is growing ever more dangerous and Fortitude is faced with unpredictable new threats. The sky has turned red with a Blood Aurora, and a mysterious new stranger arrives at the isolated town with an unsettling agenda. When another murder brings terror the already fragile community, we soon realise that in Fortitude nothing, and no-one, is ever how they seem.

Don’t miss your chance to own the second season of the compelling psychological thriller as FORTITUDE: THE COMPLETE SEASON 2 just by answering the following question:

Michael Gambon (who appeared in series 1) took over the role of Professor Dumbledore in the Harry Potter films after which actor died?

FORTITUDE: THE COMPLETE SEASON 2 is available on Digital HD from 31st March