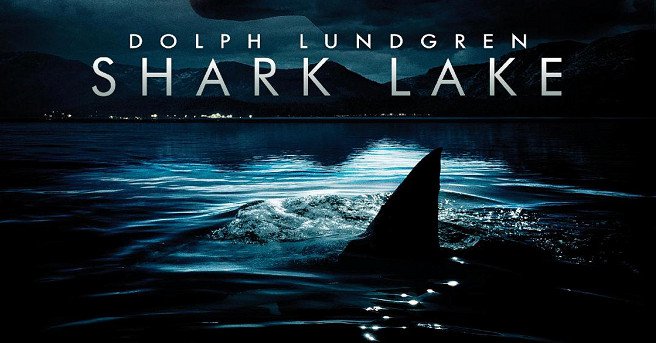 Here’s film that does what it says on the tin – there’s a lake and it’s got a shark in it.

The vicious attacks prompt a dedicated local cop to investigate what exactly is preying on her beloved quiet town. She sets out to stop the threat at any cost, finding help in the form of an unlikely hero.

Combining all the fun of pitting a bloodthirsty shark against a muscular performance from Lundgren with plenty of gore, SHARK LAKE proves once again that it’s still not safe to go in the water…

This is something of a pizza movie with Dolph providing the ham and and the plot providing lashings of extra cheese and here’s a chance to win a copy of the film by answering the following question:

In what film franchise has Dolph Lundgren appeared in with Sylvester Stallone?

a) Rocky 4 & The Expendables