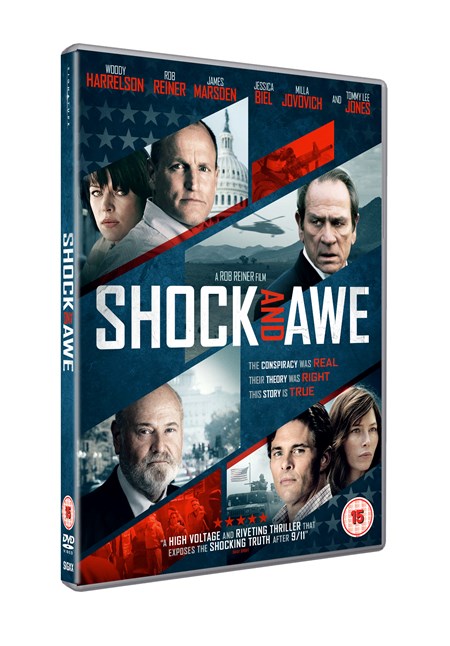 Shock and Awe – The only time these words are ever used in relation to our Editor is his capacity to put away free booze at premieres before he usually vomits it down the back of some young starlet. Here, Shock and Awe is the true story behind the notorious words, ‘Weapons of Mass Destruction’ which dominated political discourse in 2003, as America teetered on the edge of a catastrophic war with Iraq.

SHOCK AND AWE is the captivating true story of how these words were twisted to shocking effect when, in a post-9/11 political landscape, a group of journalists working for the Knight Ridder media company, covering George Bush’s planned invasion of Iraq in 2003, are sceptical of the president’s claim that Saddam Hussein has ‘Weapons of Mass Destruction’.

Journalists Jonathan Landay (Woody Harrelson) and Warren Strobel (James Marsden) decide to play a risky game by questioning the true nature of the White House’s justification for the conflict. Though the film doesn’t cover Tony Blair’s complicity in the lie SHOCK AND AWE depicts the race to unveil the truth, to change the course of history, in order to prevent another war.

You can win one of THREE copies we have to give away and all you have to do is just:

Here’s the Shock and Awe trailer……