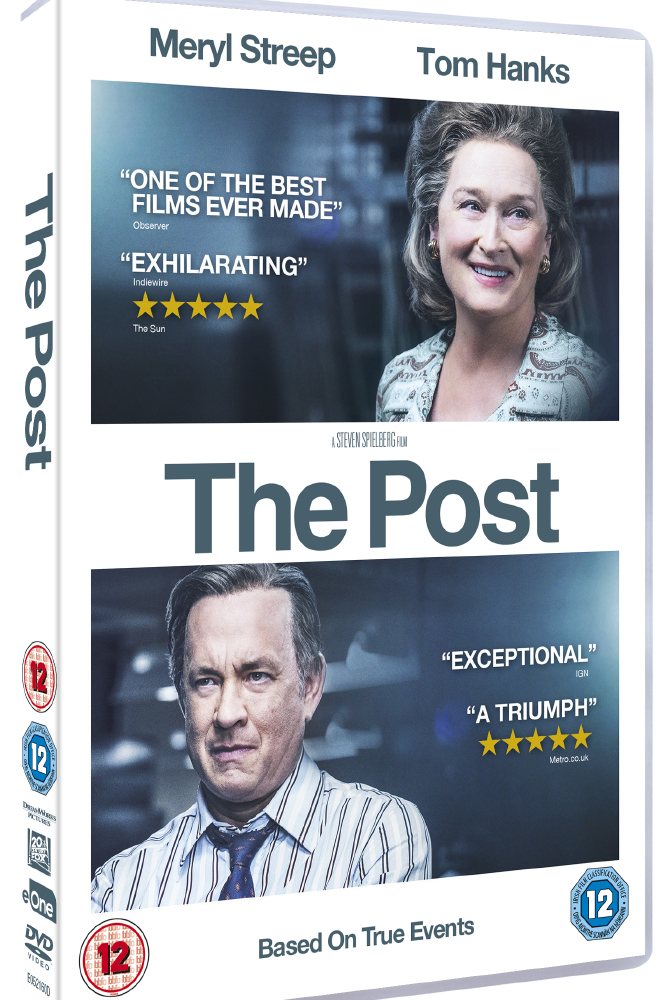 The internet has ended all that embarrassment of going to the local newsagent for ‘specialist interest European art magazines’ as our Editor furtively calls them (‘You’re fired!’ –Ed). So although AnyGoodFilms is a website we still love to pick up a newspaper or magazine (and thank you to everyone who’s been in touch asking us to publish a monthly online magazine) and Spielberg’s The Post is a throwback to a pre internet era when newspaper journalism was all that existed.

Spielberg’s THE POST tells the incredible true story of the unlikely partnership between The Washington Post’s Katharine Graham (Streep) and editor Ben Bradlee (Hanks) as they strive to expose a massive cover-up of devastating government secrets, risking their careers and very freedom in a fight for the truth. Legendary filmmaker Steven Spielberg has directed the gripping true story behind a moment that shook the world and changed the course of history. Spielbergs’ The Post was  universally acclaimed and showcases outstanding performances from film greats Tom Hanks and Meryl Streep and the very best acting talent working today including Tracy Letts (‘Wiener Dog‘), Bob Odenkirk, Sarah Paulson and Alison Brie. Spielberg’s The Post was shot in a very quick period of time whilst the director waited for all the effects on Ready Player One to be completed and is a world away from the CGI fest.

We’ve an article on the making of Spielberg’s The Post here.

The Post was the first time that Oscar® Winners Steven Spielberg, Meryl Streep and Tom Hanks teamed up for the acclaimed drama and here’s your chance to win a copy of the Oscar nominated film just by answering the following question.

Which two films has Steven Spielberg won an Oscar as Best Director?

a) The Colour Purple & Amistad

Getting The Duke on screen