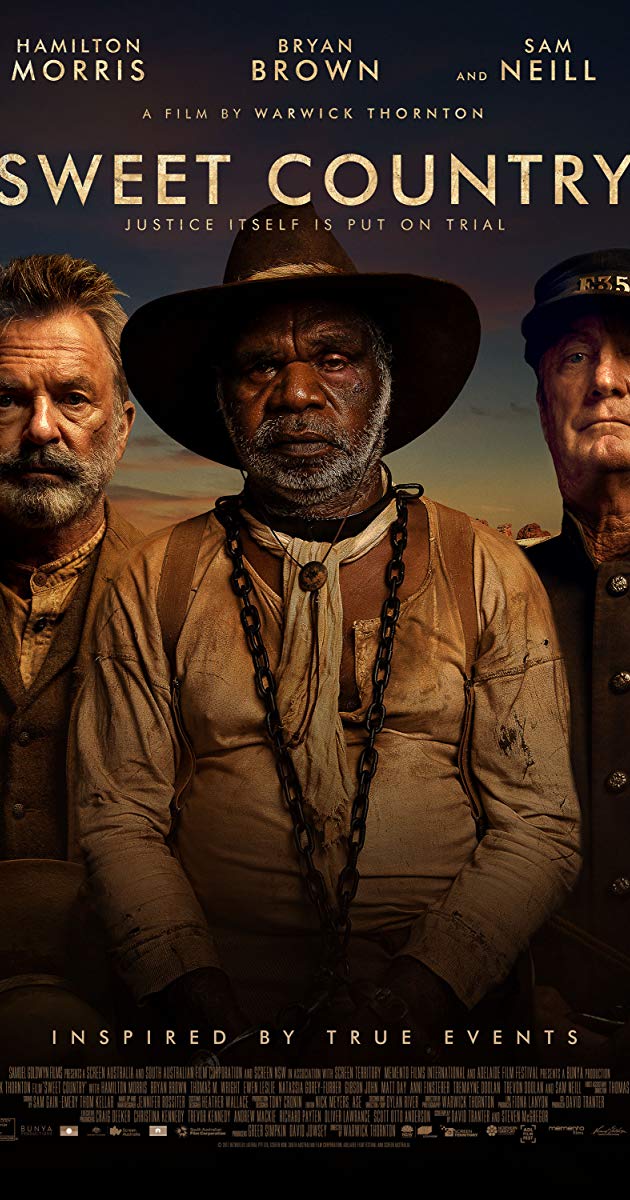 SWEET COUNTRY has so far rightly been the recipient of multiple accolades, including the Special Jury Prize in Venice and Best Film in the Platform Competition at Toronto and is something of a deliberately ironic title.

When Sam (Hamilton Morris), an Aboriginal farmhand who works for the local preacher (Sam Neill – Hunt for the Wilderpeople) is sent to help new neighbour and bitter war veteran Harry (Ewen Leslie)  their relationship quickly deteriorates, ending in a violent and fatal shootout.

Sam is forced to flee with his wife, pursued by lawman Sergeant Fletcher (Bryan Brown), but as the truth starts to surface, the community begins to question whether justice is really being served.

Sweet Country is  loosely based on a real life true crime and the majority of the cast are primarily indigenous aboriginal Australians with one of the characters played by real life twin brothers Trevorn and Tremayne Doolan. Sweet Country  is a really great watch with a truly shocking ending that will enrage audiences

We’ve got a copy that you can win here just by answering the following  question.

In which country was Bryan Brown born?