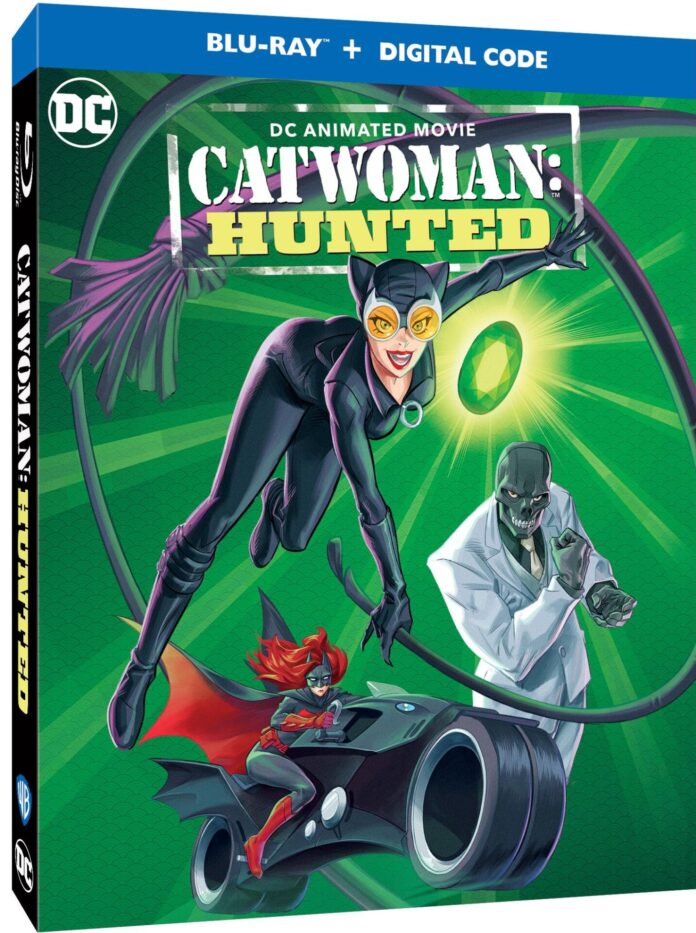 Everyone’s favourite felonious feline takes action, adventure and theft to new heights – and in an entrancing anime style – in Catwoman Hunted, an all-new DC Animated Movie a feature-length animated film is set for release on Blu-ray, DVD and Blu-ray Steelbook on 7th February 2022 and on Digital Download on the 8th February 2022 and we’ve got a copy to give away!

Catwoman Hunted kicks off an impressive slate of DC-centric animated films coming in 2022 from Warner Bros. Home Entertainment. In the all-new original Catwoman Hunted, Catwoman’s attempt to steal a priceless jewel puts her squarely in the crosshairs of both a powerful consortium of villains and the ever-resourceful Interpol, not to mention Batwoman. It might just be enough to contain her. Or not.

Elizabeth Gillies and Stephanie Beatriz (In The Heights) lead the cast as the voices of Catwoman and Batwoman, respectively. Catwoman: Hunted is directed by Shinsuke Terasawa (Gintama) from a script penned by Greg Weisman (Young Justice).

To be in with a chance of winning Catwoman: Hunted just:

Lady Gaga and Jeremy Irons together at last!