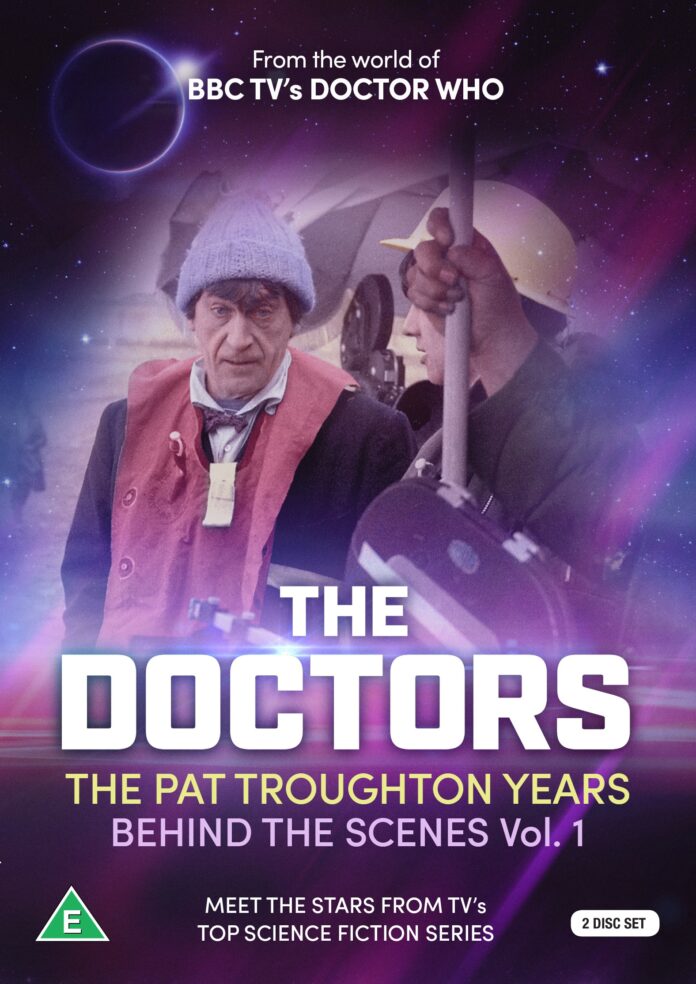 The latest in what is turning out to be a great series is The Doctors: The Pat Troughton Years Behind The Scenes Vol. 1 which brings together six in-depth documentaries with the team who brought the Patrick Troughton era of the show to life: Shaun Sutton (Head of Drama), Victor Pemberton (Script Editor) and Derrick Sherwin (Script Editor) ever undertaken! Plus special productions featuring Innes Lloyd (Producer), Peter Bryant (Producer), Michael Craze (Ben) and also actors Beryl Braham, Anthony Colby, Martin Cort, John Greenwood, George Leyton, Raymond Llewellyn, Sonia Markham, Christopher Robbie, Peter Roy, Ralph Watson and Reg Whitehead. It’s a comprehensive collection of features of a Doctor Who and here’s a chance to win a copy of The Pat Troughton Years.

For all Doctor Who fans, these special collector’s editions feature over five hours of pure nostalgia, which will give you a whole new insight into the making of your favourite science fiction series! There’s already been discs for the other Doctors including Peter Davison,  and this Patrick Troughton release is the latest must have for fans

To win a copy of The Doctors: The Pat Troughton Years Behind The Scenes Vol. 1 just:

The Doctors: The Pat Troughton Years Behind the Scenes Volume 1 is available on 2-disc DVD from 7th February 2022