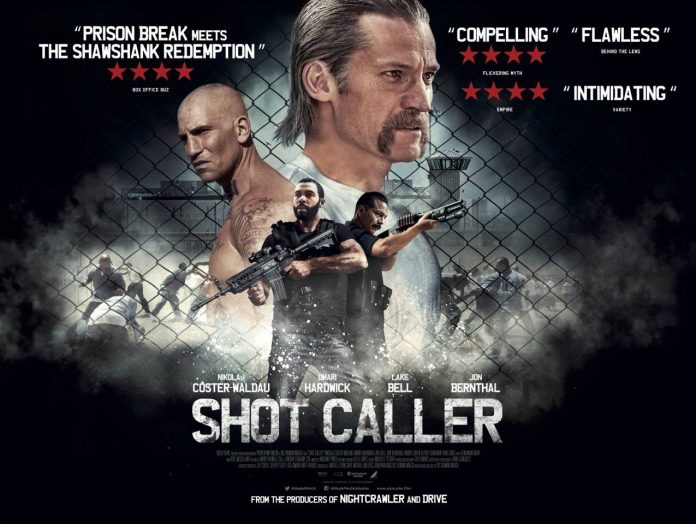 With ‘Brawl in Cell Block 99‘ setting the bar high for violent prison movies ‘Shot Caller’ gives it a run for its money.

Jacob Harlon (Coster-Waldau), a successful financier, is sent to jail after a drink driving accident. In order to survive the cutthroat prison environment, he joins the Ayran Brotherhood prison gang. Upon release, Harlon is a changed man, and must placate his no-nonsense parole agent, and an LA County sheriff, at the same time as repaying the debt to the gang who looked after him inside, who want him to arrange an illegal arms deal. He has to comply if he wants to keep his family safe from vengeance.

To celebrate the release of the action-packed crime thriller SHOT CALLER – we have an official quad poster up for grabs.

To win it just answer the following question.

What epic TV series does Nikolaj Coster-Waldau star in as Jaime Lannister?

b) The Walking dead