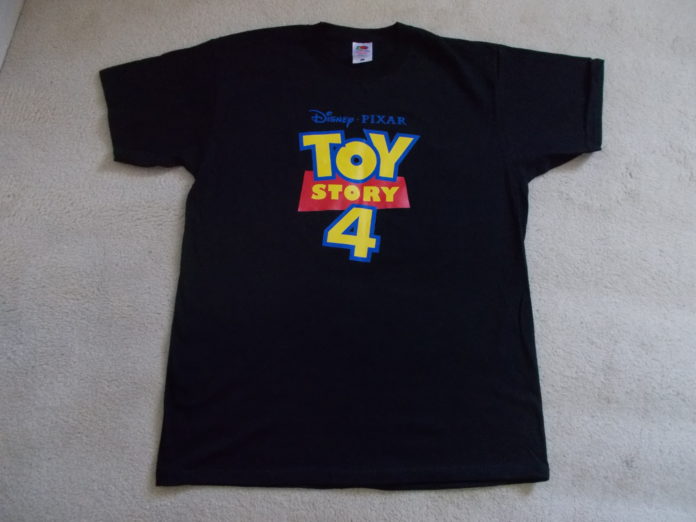 So with the greatest ever trilogy now becoming the greatest ever quadrilogy – read our review here –  we thought now would be an ideal time to run a competition to win an exclusive Toy Story 4 T shirt. The large size black cotton Toy Story 4 T shirt displays the iconic Toy Story 4 logo on the front and you can win it and have a bit of a giggle in the process too just by watching our specially shot film clip of our A-list star attending the film.

Toy Story 4 is likely to be one of this year’s biggest and most successful  films with a sneak preview already earning a massive $12m which makes it second only to the previews of The Incredibles 2 which made $18m. Reviews for the film have been stellar and there are already rumours of a fifth film (will they bring back other characters as they have with Bo-Peep?) but it would be a massive undertaking for anyone brave enough to take it on with reviews almost unanimously and justifiably great. 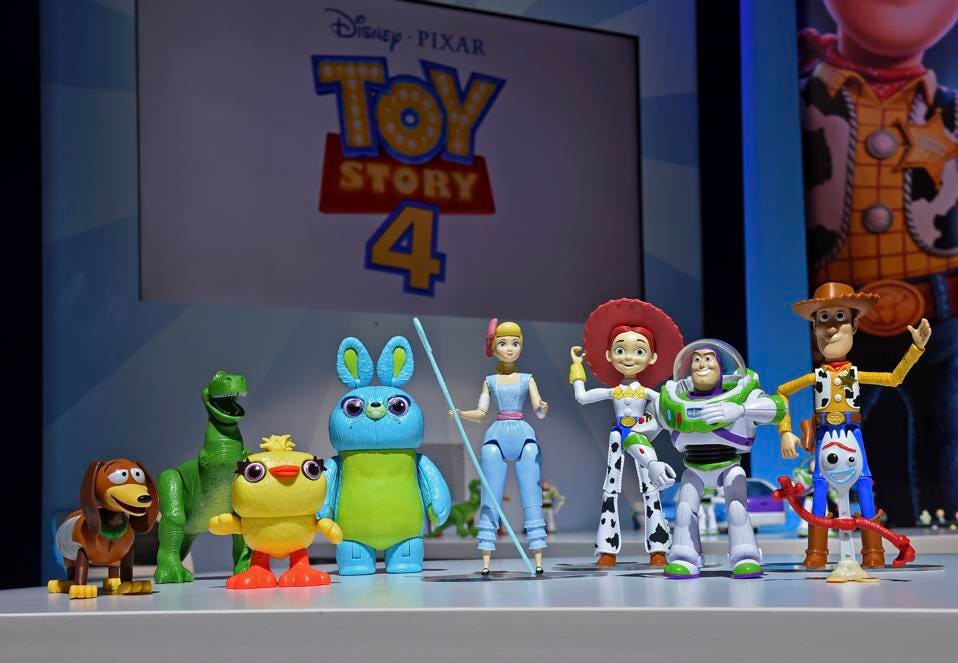 Here’s our film of The story behind Toy Story once again introduced by our top A-list film star……..