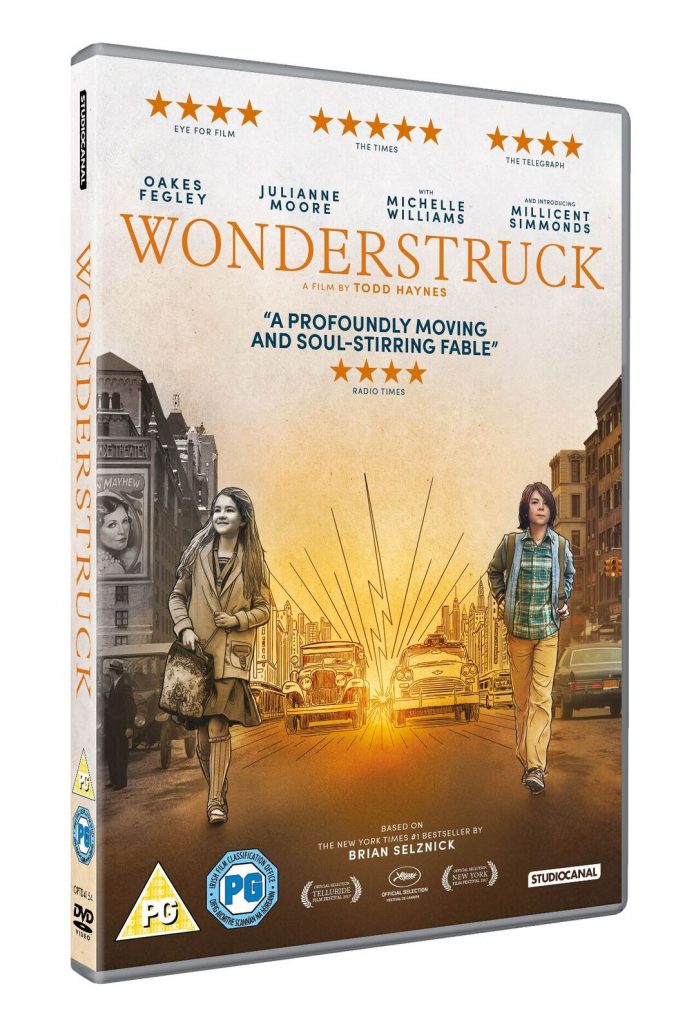 From visionary, BAFTA-winning director of ‘Far From Heaven’ and ‘Carol’,  Todd Haynes and screenwriter Brian Selznick (Hugo), comes ‘Wonderstruck’ a heartwarming tale of imagination, wonder, and finding your place in the world in the face of seemingly insurmountable obstacles.

Based on the best-selling novel by Brian Selznick, WONDERSTRUCK tells the story of Ben and Rose – children from two different eras, who secretly wish their lives were different. Ben longs for the father he has never known, while Rose dreams of a mysterious actress whose life she chronicles in a scrapbook. When Ben discovers a puzzling clue in his home and Rose reads an enticing headline in the newspaper, both children set out on quests to find what they are missing.

Starring Todd’s long-time collaborator, Oscar-winner Julianne Moore (Kingsman : The Golden Circle) and Academy Award®-nominee Michelle Williams (The Greatest Showman, All The Money In The World) alongside newcomers Oakes Fegley, Millicent Simmonds and Jaden Michael, WONDERSTRUCK is a tender and nostalgic study of childhood and the unwavering power of imagination

The Worlds of Wonderstruck

Which Ridley Scott film did Michelle Williams appear in with Kevin Spacey until he was cut out of the film entirely and his scenes reshot with Christopher Plummer replacing him?

c) All the money in the World